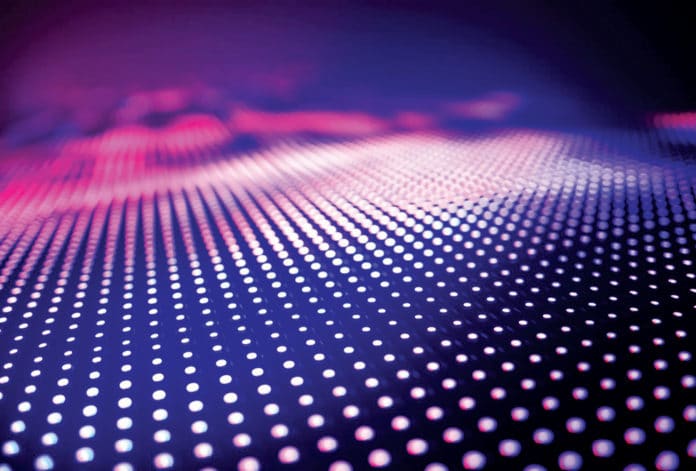 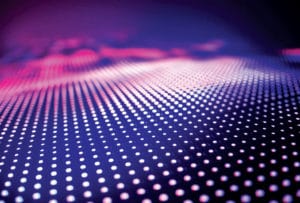 Micro and mini LEDs have emerged as the most talked about displays in the LED industry. This industry is witnessing a massive transition at a rapid pace because of the outstanding features of these new LEDs.

Micro and mini LEDs are generating an enormous buzz as the most significant display technology in the LED industry. In fact, micro LEDs are considered the next-generation revolutionary technology in the LED display space. Their popularity is on account of a long operational life, high energy-efficiency and brightness, as well as their contrast features. But one should be clear about the differences between micro and mini LEDs. Theoretically speaking, they differ on many counts —their functionalities, structure, manufacturing processes, applications, etc. In this article, we take a look at these differences.

Micro and mini LEDs:
A comparison
Micro LEDs comprise a new display technology that provides greater luminance in a small format. In simpler terms, they are the enhanced version of traditional LEDs shrunk down to a microscopic size. They comprise an LED (light-emitting diode) that converts electrical energy into light. Alternatively known as LED miniaturisation and matrix technology, micro LEDs measure less than 100μm (less than 50μm are common), which can be one-hundredth the size of a conventional LED.

Micro LEDs are self-emissive and act as their own light source. As a result, they do not require backlight unlike regular LCD LEDs, which come with their own built-in backlight. Most of the traditional LEDs are used for backlights in LCD displays, consumer electronic products, lighting, etc. The main attraction of micro LEDs is that they provide higher brightness with lower power consumption in comparison with other display technologies. Other advantages include a varied colour gamut, a quick response time, higher resolution, a high contrast rate, etc. They also allow the integration of sensors, and provide an option of flexible backplanes. Micro LEDs are ideal for two types of products—micro displays and mid- to large-sized displays. Micro displays include products that resemble the Google Glass and other augmented reality (AR) glass. A micro display using micro LEDs may consist of 100,000 pixels within a 10mm x 10mm space. And a mid- to large-sized display includes watches, smartphones and TVs.

Mini LEDs, also known as sub-millimetre LEDs, are smaller versions of a traditional LED. The chip size of mini LEDs is 30-100 micron, which is just one-tenth the size of the conventional chipset, which helps to cut material costs. The greatest advantage of mini LEDs is that they are soldered directly on PCBs, which reduces the manufacturing time and improves the cost performance of LED displays.

Mini LEDs are a transitional technology between conventional LEDs and micro LEDs. They are ungraded versions of LEDs with the innovative features of traditional LED backlight technology. Mini LEDs operate in a way similar to the LEDs in LCD TVs and PC monitors but are smaller in size. Their tiny size makes it possible to place them in large numbers on a backlight panel instead of the tens or 100s of standard-sized LEDs. Mini LEDs also provide high contrast, and have an ultra-high brightness of above 1000 nits. They emit more uniform brightness when compared with traditional LED backlit designs. One of the highlights of mini LEDs is the local dimming feature that enables HDR (high dynamic range). The integration of the HDR technology makes the image look more real and natural. It provides a comfortable visual experience with soft lighting design, which makes mini LEDs very viewer friendly.

However, the quality of the mini LED display is not as good as that of the micro LED, though the former has an extra edge over the traditional LED display.

So far, manufacturing micro LEDs has proven to be difficult in comparison with mini LEDs. The fabrication of the mini LED backlight can be made up of thousands of individual mini LED units, but in the case of a micro LED screen, it requires millions of tiny LED units. The process is incredibly complex as each individual micro LED should be transferred to a backplane or another surface. Besides, it is important to ensure that the pick-and-place equipment used in transferring micro LEDs possesses a high degree of precision. The equipment should achieve placement accuracy within +/-1.5µm. The existing pick-and-place equipment can only deliver +/-34µm accuracy (multi-chip per transfer). Such precision is hard to attain, and therefore, the mass production of micro LEDs is slow and not very viable at the moment. The other concern is the cost, which is much higher than for traditional LED screens.

The mini LED market is also suffering from high production costs. But these costs are not as high as for micro LEDs. The large number of mini LEDs used in a single product to improve uniformity and to make the device thinner has led to the cost of production shooting up. Besides, it causes heat dissipation problems too. Therefore, the cost factor has been a major hindrance, preventing the product from penetrating deeper into the market. Other challengs include power consumption and die-bonding efficiency. However, the technology used in mini LEDs is relatively mature and advanced, so it faces less complications in mass production when compared with micro LEDs.

Applications of micro and mini LEDs
The applications of micro and mini LEDs are different as they do not have the same chip size. Mini LEDs are used for backlight applications, exclusively in a HDR, and in power-saving and curved display designs. Therefore, they are preferred for the displays of notebook computers, TVs, smartphones, automobiles, electronic games, etc. They are best suited for curved display designs because of the flexible substrate and high-profile backlighting.

Micro LEDs are ideal for wearable electronic devices. What sets them apart from other LEDs is their efficiency, reliability, brighter display, etc. Besides, micro LEDs are very much more costly to make than LEDs or mini LEDs. Therefore, they are exclusively used in high-end applications, such as self-illuminating home video walls, digital signage, cinema screens, etc.

Micro LEDs are not heavy and are small in size, which makes them suitable for applications like mobile phones. They are also preferred for head-up displays (HUDs) and augmented reality systems that are viewed against ambient light backgrounds.

What lies ahead
Mini LEDs are likely to be adopted in the more profitable niche markets where profits are high. The global mini LED market is projected to reach US$ 5.9 billion by 2025, growing at a compound annual growth rate of 86.6 per cent over the forecast period. What is propelling the market of micro and mini LEDs is the increased demand for miniaturised displays in the consumer electronics segment.

Experts in the LED industry indicate that micro LEDs offer great prospects and business opportunities. Industry reports say that the demand for micro LED displays is accelerating, and the forecast is that the market could reach up to 330 million units by 2025. It is estimated that the market will have a turnover of up to US$ 30-40 billion if micro LED display technology can fully replace the liquid crystal display components.

Micro LEDs are set to be a fully-fledged next-generation display technology while mini LEDs will be more of a support. Micro LEDs have the potential to be superior in many ways, and the technology has the ability to offer a host of new features. Industry analysts indicate that micro LEDs could be the dominant display technology used in new products in the near future.

“One must understand that in the lighting industry, cost competitiveness is...