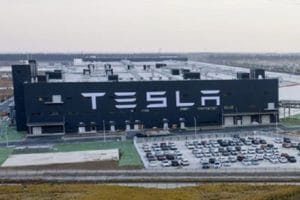 Tesla appeal to lower import duties on its vehicles may be considered by the government provided the US-based electric vehicle major invest in setting up a manufacturing facility in the country.

This interesting development follows Tesla Chief Executive Elon Musk tweet last week on the import duties on electric vehicles in India, which are known to be the highest in the world.

“We want to do so, but import duties are the highest in the world by far of any large country. Moreover, clean energy vehicles are treated the same as diesel or petrol, which does not seem entirely consistent with the climate goals of India,” read Musk’s tweets.

Tesla plans to test the waters by first bringing its latest, fully-built electric vehicles in India before its start to look at its assembly and manufacturing in India. The company had urged the Centre earlier to reduce import duty for the same.

An official source noted that government will consider the request if Tesla decides to manufacture its cars in the country and commits investment in putting up a plant.

However, while speaking to PTI, the official made it clear that any decision on the matter or extension of sops will apply to the entire sector and not just a particular company.

“We have heard that Tesla is seeking some duty cuts on imports of CBUs. So, that would be very helpful for the OEMs to reach some economy of scale in this very price competitive segment,” Hyundai Motor India MD and CEO S S Kim told some reporters.

At present, India imposes a 60 per cent duty on imported cars that are priced below $40,000 and 100 per cent for those above that figure. This makes most of the completely built unit imported cars twice as expensive as they are in many foreign markets.

A few domestic EV players have expressed this displeasure on the consideration of reduced duty taxes on imported products. Homegrown companies like Tata and Ola Electric have been able to mark their presence in the country as well as globally, and the idea of potentially losing their home ground to foreign giants is unwelcoming.

Following Tesla and Hyundai’s appeals, Ola Electric CEO Bhavish Aggarwal tweeted in response, “Strongly disagree with both. Let’s have confidence in our ability to build indigenously and also attract global OEMs to build in India, not just import. We won’t be the first country to do so.”

Central government along with several state governments have already taken a number of steps to promote electric vehicles in the country, from providing incentives to grow the EV ecosystem to subsidies on the purchase of electric vehicles.