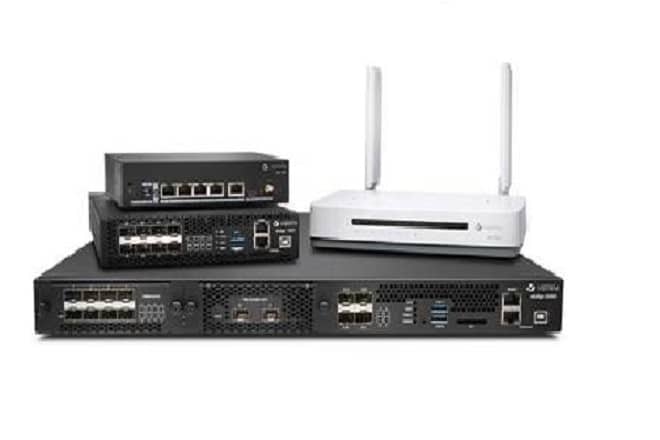 “The SD-WAN market is moving towards larger scale and globalised deployments. In the fourth quarter, vendors released new SD-WAN features designed to support deployment at scale, allowing multi-tenancy where enterprises can define sub-regions for their WANs that are to be managed independently,” said Cliff Grossner Ph.D., senior research director, cloud and data center research practice, at Omdia.

Market growth is being driven by service providers that are acting as sales channels for SD-WAN vendors’ over-the-top solutions. These are offering SD-WAN technology as a managed service bundled with other services.

The development of a SD-WAN standard by the Metro Ethernet Forum (MEF) is another factor driving this growth. However, a side effect of this standard is that service providers can offer their customers a choice of SD-WAN vendors all managed from the same back-end service-orchestration software.

“Revenue for the software-defined enterprise WAN (SD-WAN) appliance and control and management software market surged by 75 percent in the fourth quarter of 2019 as service providers increasingly offered SD-WAN as part of managed-service bundles,” read Omdia’s report.

VMware continued to lead with highest revenue, followed by Cisco and Fortinet, during the fourth quarter. VMware, as per Omdia, is striving to replicate its success in the United States around the world. The company’s recent Nyansa acquisition will extend the reach of its SD-WAN solutions from the branch edge to the client.

Cisco said its effort to migrate its existing router client base to SD-WAN is proceeding at a healthy pace. The company noted that cloud is a strong driver for SD-WAN adoption.

Fortinet is gaining significant market share following a strategy of selling SD-WAN appliances as part of a security bundle. An important differentiator for Fortinet is its latest custom ASICs that bundle a competitively priced next-generation firewall with secure SD-WAN.

“The maturity of the SD-WAN market is no longer in question. Although there is still a lot of education to do in some markets, the business has reached a stage when SD-WAN vendors are focusing on explaining to customers why a particular offering is best and how it aligns with strategic corporate directions. The net effect of this is that sales cycles are becoming shorter,” Grossner added.