These e-charging stations are being set up by public sector enterprises, including EESL and BECIL 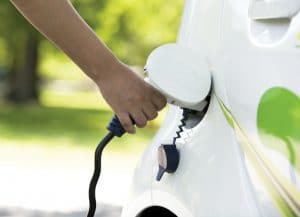 As per TOI, these e-charging stations are being set up by public sector enterprises, including Energy Efficiency Services Limited (EESL) and Broadcast Engineering Consultants India Limited (BECIL). EESL has set up 35 e-charging points and BECIL has set up 5. South corporation had signed its first MoU with EESL for setting up these stations in 2019.

“As per the contract, the PSUs will be charging Rs 10 per KwH from customers,” said a south corporation official.

All these stations are equipped with EV supply equipment, charger management system, meter box, LED screens and CCTV cameras. For an uninterrupted power supply, it has already installed pole-mounted distribution transformers of 100 kilowatts each at 18 stations.

SDMC is also working towards establishing 35 e-charging stations for two-wheelers by this year.

“Two-wheelers contribute to 2/3rd of the vehicular pollution in cities, which is why we are emphasising on creating separate points for charging two-wheelers, particularly on roadsides. Sites for these 35 points have been identified and Telecommunications Consultants India Limited has expressed interest in the project. But we will be able to finalise the sites after a joint survey. Even three-wheelers can be charged at these stations,” said Prem Shankar Jha, deputy commissioner, Remuneration and Project Cell of SDMC.

Jha added that after the Centre’s announcement giving a major rebate on electric two-wheelers, its sales are likely to jump. “Taking note of the future requirement, we are interested in setting up stations for them. The service providers in the e-commerce industry are mainly using a fleet of two-wheelers for supplying orders to customers and we expect them to use these stations in large numbers,” said Jha.