DSM’s acquisition fits with its strategy to gain a leading position in fast-growing economies around the world. 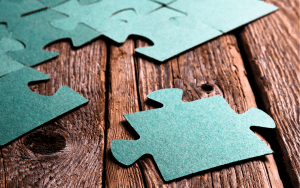 Dutch chemical company Royal DSM is expanding its presence in India with the acquisition of the engineering plastics business of leading specialty materials company SRF Ltd.

The transaction is expected to close in the third quarter of the year, subject to customary closing conditions, DSM announced May 13, without giving further details on the financial size of the agreement.

The company described the unit as “highly complementary to DSM’s business in India,” helping to further consolidate its position in the country as a key player in the engineering plastics field.

Driven by increasing domestic demand from a growing middle class, and the ongoing move to reduce weight and replace metal in the automotive industry, the Indian market is anticipated to grow significantly in the coming years.

The acquisition, DSM stated, fits with its strategy to gain a leading position in fast-growing economies around the world. It also saves the company the capacity investment that would otherwise have been required for further growth in India.

More about the players
Founded in 1979, the main operations of SRF’s Engineering Plastics business are located in Pantnagar, in northern India. The unit posted sales of about 33 million euros ($37.1 million) in 2018 and has seen double-digit growth in recent years.

The business unit’s customers are “well-known brands” in the automotive and electrical and electronics industries in India, DSM said. SRF’s portfolio of the unit includes nylon 6 and nylon 6/6. traded under the brand name Tufnyl.

The unit also has a dedicated application development facility at its plant in Manali, near Chennai, in southern India. The research unit, according to SRF, is equipped with “latest generation extruders and testing equipment” and develops tailor-made grades for its customers.

DSM’s total sales in India have grown 17 percent year over year to 250 million euros ($281.3 million) in 2018. DSM Engineering Plastics operates a compounding facility and a research center in Pune, in eastern India.