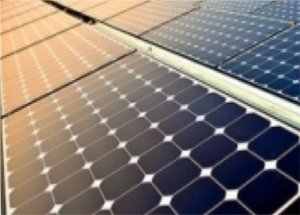 Monday, August 11, 2014: Rays Power infra, an ISO 9001 & 14001 certified company and the largest private solar park owner in the country, has bagged the tender of 1MW solar power project in Odisha for Steel Authority of India. The project would be set up over 4 acres of land in Rourkela Steel Plant, District Sundergarh; Odisha under the agreement that Rays Power Infra would provide all the services regarding engineering, procurement and construction on turnkey basis . The construction of the project is expected to begin in October 2014, with completion in less than four months.

RPIPL has bagged this contract at Rs 7 crore (approximate value) among seven other EPC providers in India on technical grounds.

Rourkela steel plant, where the proposed solar plant would be constructed, is the first ever integrated steel plant in India. Initially, it was set up with an installed capacity of 1 million tonnes which was enhanced to 1.9 million tonnes later. At present, the capacity of the plant is being upgraded to 4.5 MTPA of crude steel.

Speaking on the occasion, Mr. Ketan Mehta, Director Operations at Rays Power Infra Pvt. Ltd. said, “We feel extremely proud to be associated with Steel Authority of India limited a maharatana PSU . As part of our solar plan this fiscal, we are confident in making solar power available to both the urban & rural residential as well as commercial sector in Odisha. We are working towards making our solar presence felt in homes, offices, institutions like schools, colleges, government buildings, hospitals, commercial establishments etc. in the state.

With a view on the present energy crises and the ever increasing difference between the generation of energy through non-renewable sources and its consumption, solar energy is going to play a major role in fulfilling this gap in the near future.”

The Science Of Fundraising For Electronics Startups