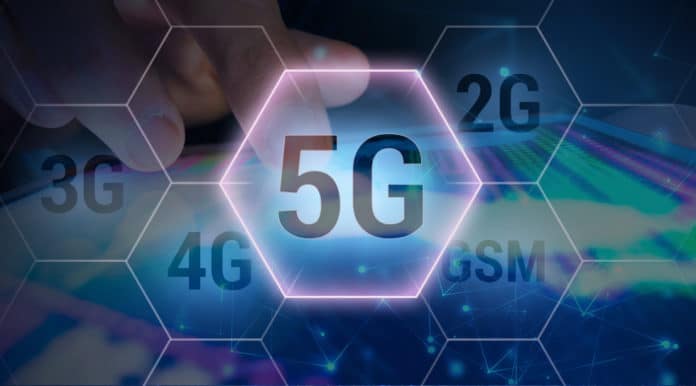 Qualcomm is the world’s leading semiconductor company best placed to succeed in the 5G telecoms area in the next two to five years, according to GlobalData, a leading data and analytics company.

According to GlobalData, 5G is one of the top ten themes that will impact the semiconductor sector, alongside data centres, high-performance computing, AI, autonomous vehicles, Industrial Internet, ambient commerce, gaming, M&A and geopolitics.

5G is the next generation mobile phone network which promises much higher connection speeds, lower latency and improved reliability than today’s 4G networks. These capabilities are expected to be fundamental to the provision of emerging technologies such as autonomous vehicles and augmented reality, which will have a major impact across industries.

Cyrus Mewawalla, Global Data Head of Thematic Research says, “Companies who invest in the right themes become success stories with those who miss the big themes, ending up either falling behind their competitors or failing altogether.

“5G’s positioning as a revolutionary technology that will enable fundamental shifts in how we live and work has served to raise expectations to such a level that the only outcome is a disappointment.

“In recent years, telecom operators have struggled to turn growing demand for mobile data services into revenue growth, but 5G will open up a range of fresh revenue streams, particularly in vertical markets like energy and utilities, manufacturing and healthcare.”

Qualcomm recently settled a legal dispute with Apple which will now buy modem chips from it and is expected to release a 5G smartphone in 2020. Qualcomm has also played a significant role in the 5G standards-setting process.

For its part, in the wake of the Apple-Qualcomm resolution, Intel has said it will now get out of the 5G smartphone business. However, Intel believes that fifth-generation wireless systems will still provide it with an opportunity to sell more chips for networking use.

GlobalData estimates that while the first 5G subscriptions will appear in 2019, there will be fewer than 5 million worldwide. However, by 2023 the total will have increased to nearly 850 million, at a phenomenal compound annual growth rate (CAGR) of 271 per cent. The share of mobile subscriptions that are 5G is expected to jump from 0.05 per cent in 2019 to more than 8 per cent by 2023.

GlobalData also estimates that 5G data traffic will make up 0.09 per cent of the total in 2019, compared to 4G’s 77 per cent and 3G’s 22 per cent. However, the use of 5G is expected to increase rapidly until, by 2023, it is used for more mobile data traffic than 3G. 4G will continue to be the most-used technology, securing three-quarters of all data traffic in 2023.

The International Telecommunication Union (ITU) splits use cases for 5G into three main categories: enhanced mobile broadband, with high-definition video and augmented/virtual reality (AR/VR) as notable early applications; massive machine-type communications, enabling the growth of the Internet of Things (IoT) by supporting the rapid growth in the number of connected devices; and ultra-reliable and low-latency communications, most commonly discussed in relation to autonomous vehicles but also important for the application of IoT in verticals such as healthcare and manufacturing.