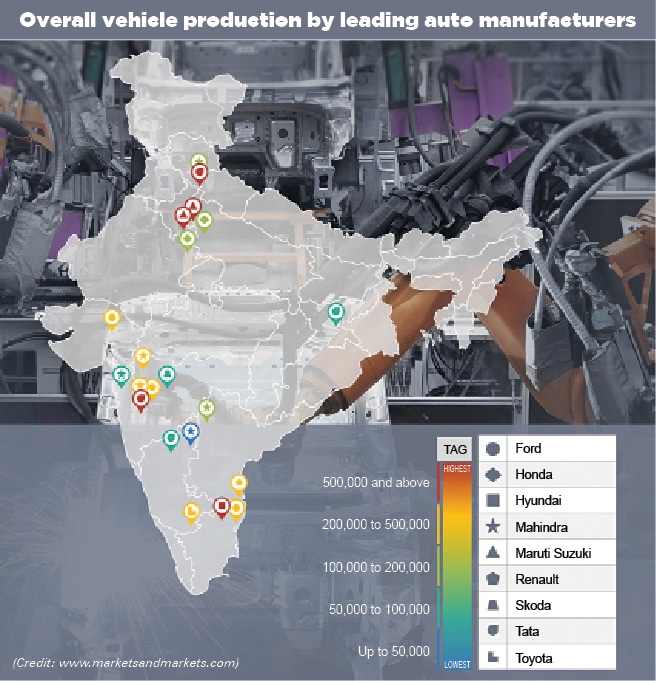 Transportation is one of the main causes of air pollution and global warming. To combat pollution and greenhouse gas emissions, the concept of electric vehicles (EVs) and hybrid cars has gained traction globally. According to auto experts, EVs have zero carbon emissions and can help people across the world breathe cleaner air. Here’s a brief survey of how this sector is faring in India.

Electric vehicles (EVs) offer several benefits such as no carbon emissions, high energy efficiency, and low maintenance. They are projected as high performance vehicles that come with almost silent engines, which require less maintenance than internal combustion engines (ICEs). Some experts challenge this statement because, according to them, EVs are not high-performance vehicles as they cannot move smoothly on highways, mountains and other rough terrain. They also involve a higher cost of maintenance because they can be repaired only in authorised service centres, since most small-time car mechanics have no knowledge about EV motors and parts. Hence, unless these vehicles become more popular and completely replace conventional vehicles, it will be difficult to judge their full potential.

A unique aspect of EVs is that they can be digitally connected to all the nearby charging stations, and drivers can use an app to control the battery charge. They also cost less to run because there is no gas to buy, no oil changes, no smog tests, and fewer moving parts to break or wear out. Most importantly, if electric power is sourced from renewable resources, the volume of greenhouse emissions is reduced considerably if EVs are used.

Challenges faced in the Indian EV market
Even though the EV sector promises a number of advantages, it is facing a number of challenges. When it comes to the technology, the battery charge limits how far EVs can travel. Typically, these vehicles have a shorter range on a single charge than gas-powered
and conventional vehicles. So long road trips can be difficult keeping in mind the charging infrastructure in place at present. A full recharge of the battery pack might take eight long
hours, while the fast-charging stations can also take up to 30 minutes to charge 80 per cent of the battery (approximately). EV drivers have to plan very carefully because if their car
suddenly runs out of power, there is no quick solution like in the case of traditional ICE vehicles.

For EVs to succeed on Indian roads, several big obstacles need to be overcome like the inadequate charging infrastructure, an over-reliance on battery imports, the high price of EVs at present, inadequate power supply in parts of India, lack of quality maintenance and repair options, etc. Nonetheless, if the technologies supporting the growth of EVs and batteries evolve faster, major obstacles such as the high cost, limited range, performance issues,
long charging time, and a dearth of charging stations can be neutralised.

Factors driving the EV market
The EV market is driven by government funding, subsidies, incentives, the growing demand for EVs, increasing concerns over environment pollution, and huge investments from automakers. The World Economic Forum recently released a report on the EV ecosystem, which stated that India has the potential to become the largest EV market in the world. But the role of the government is crucial to accelerate adoption. Only long-term investment in research and development (R&D) will create sustained growth.

Auto experts also state that if transportation shifts to EVs, there will be less dependence on oil imports, because a huge percentage of these are used to operate ICE vehicles. This will enable the government to redirect these funds to build the much-needed infrastructure to run EVs, such as charging stations across the country and battery production capacity.

Further, solar powered EV charging stations can store the extra power they generate for use in the power grid.

The demand for EVs will also be governed by factors like a fall in the price of lithium-ion batteries.

Currently, EVs constitute less than 1 per cent of all the vehicles sold in India. The manufacturers are waiting for the government to clear regulatory hurdles and come up with a clear stance on infrastructure development for EVs. Subsidies for OEMs to create extensive
charging infrastructure across India will boost the growth of the market.

Government initiatives to boost EV manufacturing and sales
By 2030, it is speculated that sales of ICE vehicles will be banned by the Indian government. In the run-up to such a scenario, the global EV market is projected to grow from US$ 129.7
billion in 2018 to US$ 359.8 billion by the end of 2025, at a CAGR of 15.7 per cent. Other than technological progress in this sector, factors like the presence of new mobility modes, the urgent need to shift towards sustainable and energy-efficient modes of transport, increasing government support, and stringent standards and regulations are expected to strengthen the EV market during the projected period.

A 100 per cent FDI through the automatic route has now been permitted in the Indian automobile sector. The Indian government is also planning to set up new R&D centres at a total cost of US$ 388.5 million under the National Automotive Testing and R&D Infrastructure Project (NATRiP). Under the FAME 2 scheme, around 11 cities have been shortlisted for the introduction of EVs in their public transport systems by the Ministry of Heavy Industries, coupled with the setting up of incubation centres for startups to conduct research on EVs. The FAME 2 scheme was launched by the Centre in February 2019, with a fund requirement
of US$ 1.39 billion for the period 2020–22.

The National Mission for Electric Mobility (NCEM) has launched the National Electric Mobility Mission Plan (NEMMP) 2020, under which ₹ 140 billion will be invested in the next eight years to develop the infrastructure for electric mobility. Government incentives and subsidies, and initiatives from OEMs like Tata Motors and Mahindra & Mahindra, will help reduce the cost of
EVs, which in turn, will drive up their demand in the Indian market.

The industry witnessed growth due to the announcement under FAME 2 that around 100,000 registered electric two-wheelers will be eligible to avail incentives of ₹ 20,000 each. The scheme also providesan incentive of ₹ 15,000 to ₹ 35,000 on  the purchase of electric four-wheelers that have an ex-factory price of up to ₹ 1,500,000, and an incentive of ₹ 13,000 each on 20,000 hybrid fourwheelersthat have an ex-factory price  of up to ₹ 1,500,000.
Along with all these measures, there is also an urgent need to increase EV related courses in colleges, and to boost R&D in this field in India.