This expansion comes as Ola’s looks to moving mobility into a more sustainable, accessible and connected future 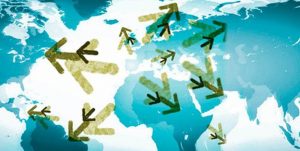 Ola Electric is planning to expand its business operations by taking its electric scooter to the international market to countries like France, Italy and Germany, this year, Chairman and Ola Group CEO Bhavish Aggarwal revealed.

This expansion comes as Ola’s looks to moving mobility into a more sustainable, accessible and connected future.

Talking about the expansion plans, Aggarwal said, “We will be selling our scooters across all key markets in Europe. Key markets are the big countries especially those lying around the Mediterranean Sea, like France, Italy, even Germany is a good market. UK is good market, Spain is a great market.”

Being an Indian company, India is going to be a top priority, said Aggarwal, but Ola is also looking towards exporting its products to the international market.

The company had recently announced setting up a ‘Hypercharger Network’ in the country that would include one lakh charging points across 400 cities.

Hinting towards a possible launch of electric cars in the future, Aggarwal further said, “This network, the Hypercharger Network is focused on two-wheelers. In due course, we will expand this network to four-wheelers also, when our four-wheeler products come out in a couple of years.”

Ola Electric had previously acquired Amsterdam-based Etergo BV and had said that the acquisition of Etergo would further bolster its engineering and design capabilities in the electric mobility space.

The company is slated to launch its electric scooter in India in July this year.