Sharma plans to launch the company’s first electric motorcycle by June-end in Delhi. He is investing about Rs 500 crore into the project. 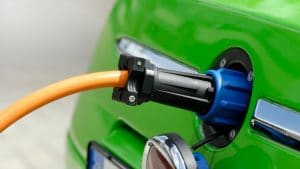 Micromax’s co-founder Rahul Sharma is all set to venture into electric mobility sector and plans to launch the first electric motorcycle under a new brand in the next few months.

However, the brand name and the price of the E-bike are yet to be announced.

By providing an electric motorcycle, which can run up to 150 km on a full charge, Sharma intends to take on the petrol-run products from conventional two-wheeler biggies such as Hero Moto, Bajaj Auto and TVS.

“This will not only be an environmentally-efficient product but will provide hugely low running-cost to the users,” Sharma told TOI.

For the project, he has built an R&D team comprising 45 members and he is investing about Rs 500 crore into the project.

Sharma’s e-bike to be first introduced in Delhi

As revealed by Sharma, the electric motorcycle would be produced at the company’s Manesar factory.  While the battery cells and two-wheeler motor will be imported, most probably from China, the EV control unit would be made in India.

Sales are expected to start by June-end, and the motorcycle would be first introduced in Delhi. The sales model will comprise both franchisee outlets as well as online platforms, he added.