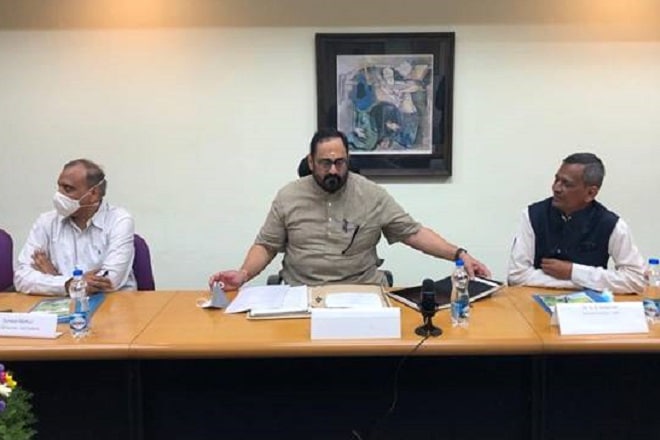 India and Taiwan are said to be in talks on an agreement that could bring chip manufacturing to India. India currently relies on imports for all its semiconductor needs

India is planning to introduce a multi-billion-dollar Production Linked Incentive scheme for promoting local manufacturing of semiconductors. A report by the Times of India notes that the senior officers are currently in active discussions with the likes of AMD, Intel, TSMC and others.

A high-level meeting consisting of telecom and IT minister Ashwini Vaishnaw, principal scientific adviser K VijayRaghavan, and Niti Aayog member VK Saraswat and Minister of State for IT Rajeev Chandrasekhar recently took place for the same. Representatives from DRDO, and various other ministries were present at the meeting.

India and Taiwan are said to be in talks on an agreement that could bring chip manufacturing to India. The same might also come with tariff reductions on components for producing semiconductors soon. The plant in question is said to be valued at around an estimated $7.5 billion. India currently relies on imports for all its semiconductor needs. The demand is estimated to reach around $100 billion by 2025 from about $24 billion now.

Ministry of Electronics and IT. Rajeev Chandrashekhar, minister of state for electronics and IT, while speaking at an event had noted that the ministry is working on a plan that would materialise semiconductor fabrication in the country within next three to five years.

“As part of broadening and deepening our electronics manufacturing and electronics capabilities, we have a plan that was very quickly worked on after I joined the ministry on July 7, and you will be seeing this being rolled out in October,” Chandrashekhar said.

He also referred to India as a country which will not only do the software piece , but will also excel in the field of electronic design and semiconductors.