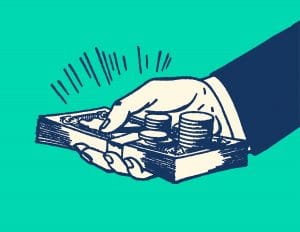 The second edition of the Global Investors Meet started in Chennai with the hope to garner investments to the tune of Rs 2 lakh crore in sectors like automobile, smartphones and infrastructure.

The two-day event also witnessed the launch of Tamil Nadu Aerospace and Defence Industrial Policy by Defence Minister Nirmala Sitharaman. After releasing the policy, she invited the industry to invest in automobile, smartphones and infrastructure sectors, assuring them of support by the Central government.

Speaking at the inaugural function of the industrial meet, organised by the Tamil Nadu government, Sitharaman said that the Central government is taking reforms in a courageous manner and the biggest one is the introduction of the Goods and Services Tax (GST).

The state government has already identified 250 acres of land in Sriperumbudur, which already houses companies like Hyundai, Foxconn and Dell, to set up an exclusive Aerospace & Defence park which can be expanded up to 700 acres. Some of the major investments so far announced have come from Taiwanese electronics manufacturer Foxconn, Hyundai Motors, Indian Oil Corporation (IOC) and Adani Ports, while the rest are to be announced today.

Chief Minister Edappadi K Palaniswami didn’t disclose the amount of money to be invested by Foxconn. However, sources said that the investment could be around USD 360 million and the Taiwanese company would assemble high-end smartphones, including those designed by Apple.