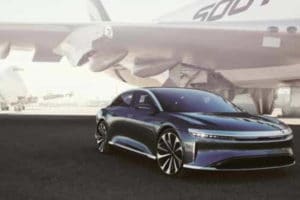 According to a report, Lucid Motors have revealed its charging capacity and strategy for the Air Electric sedan. The upcoming sedan is looks forward to offer the fastest recharge feature with its sedan reportedly capable of power 500 kilometres after only a 20-minute charge.

The Air Sedan claims to have a 300kW peak charge rate, bi-directional charging, and 19kW Level 2 charging capacity among other features. The sedan reportedly has a driving range of over 830 kilometres and is capable fo powering 500 kilometres after a 20 minute charge.

Lucid Air also claims to provide the dual benefit of having a huge per-charge range and a fast-charge option. Touted as being a luxury sedan, it is all set for a global unveil on September 9 and hopes to take the EV world by storm courtesy its striking looks and indulgent interiors. This is supported by what the company claims as the best EV driving experience ever. The vehicle is also ready for the age of autonomous driving and can hit 100 kmph in a ‘blink and miss’ 2.5 seconds. 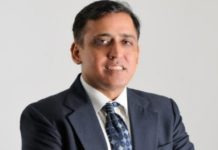 Headlines EFY News Network - June 25, 2021
0
Sunil Banwari has previously worked with the likes of AT&S, Intel, Anadigics, ON Semiconductor and various other organisations Sunil Banwari has started working with Advantest...