The company is also preparing to establish bases in Michigan, the US, and Nanjing, China, aiming to secure customers in two countries that are major markets for EVs 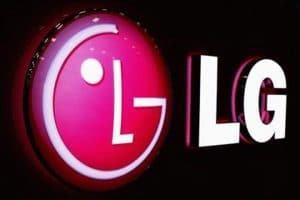 Following the closure of its loss-incurring smartphone business, a new report suggests that South Korean electronics major LG Electronics is now eyeing the electronic vehicles space with an aim to grow the EV supply chain.

LG, which announced its plan to close its smartphone business after the unit failed to make any profit in April this year, will make the exit in July, NikkeI Asia reported, adding that LG will spin off its EV drive system segment in the same month.

The electronics company had given a preview of its future plans while announcing the exit from the smartphone business.

“LG’s strategic decision to exit the incredibly competitive mobile phone sector will enable the company to focus resources in growth areas such as electric vehicle components, connected devices, smart homes, robotics, artificial intelligence and business-to-business solutions, as well as platforms and services,” an official statement by LG had read then.

The publication had reported that Canadian auto component supplier Magna International will buy a 49 per cent stake in that unit to create a new joint venture called LG Magna e-Powertrain which will be headquartered in Incheon, South Korea.

The company is also preparing to establish bases in Michigan, the US, and Nanjing, China, aiming to secure customers in two countries that are major markets for EVs, it added.

LG can also draw on the strength of other members of the LG group, which includes LG Chem — the world’s second-biggest producer of EV batteries — and panel maker LG Display and LG Innotek, which supplies onboard cameras for autos.

The company launched an internal team for automotive components in 2013 in anticipation of the growth of electric vehicles. In 2018, LG made Austrian headlight supplier ZKW into a subsidiary. LG has taken a three-pronged strategy for its automotive business, consisting of headlights, drive components and infotainment, which includes car navigation and audio.