LG Chem announced that it would diversify its production of important materials including those used in cathodes, anodes and separators 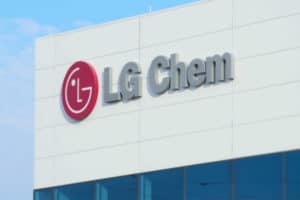 As per a report by Financial Times, this move comes as part of the company’s plans to help countries and companies reduce their dependency on China where the largest share of EV battery chemicals are produced.

LG Chem announced that it would diversify its production of important materials including those used in cathodes, anodes and separators.

“We will reinvent our company as the world’s largest battery material producer,” said LG Chem CEO Shin Hak-cheol, adding that the company will look for investments and partnerships across mining, smelting and refining companies to improve its metal sourcing.

LG explained that it will be expanding its manufacturing capacity to meet the demands of the battery materials market which is forecasted to more than double from 39 trillion to about 100 trillion won ($87bn) by 2026.

It would start building a cathode materials plant in Korea in December with an annual capacity of 60,000 tonnes. It expects its cathode production capacity to increase nearly seven-fold from 40,000 tonnes this year to 260,000 in 2026.

Shin added that the company will also seek mergers and acquisitions or joint ventures to expand its business for important battery components known as separators, and set up an overseas manufacturing base.

LG Energy has battery production plants in China, Poland and the US, and in Korea. The company supplies automakers including Tesla, General Motors and Volkswagen.