Lenovo had the third highest market share of 25.2 percent in overall personal computer segment in the first quarter. 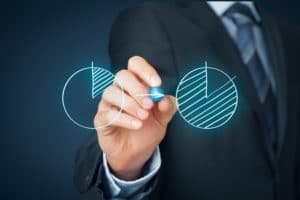 PC maker Lenovo is looking to increase its India revenues by around 16-20 percent in the current fiscal, which will be double the industry’s growth rate, a top company official said.

Traditional PC shipments in India dropped 8.3 percent to 2.15 million units in the January-March 2019 period, according to market research firm IDC.

Lenovo India Managing Director and CEO Rahul Agarwal shared his views with PTI by saying that in revenue it will grow maybe 8-10 percent and in volumes, it will be 3-4 percent. He also notified that the market is looking very stable in 2019-20.

A strong market share
According to IDC, Lenovo had the third highest market share of 25.2 percent in overall personal computer segment in the first quarter. It missed the second spot to Dell by a narrow margin. HP led the market with a 28.1 percent share.

Lenovo India has 21-22 percent share in the enterprise segment and 19-20 percent each in the consumer and small and medium business (SMB) segments, Agarwal said. Lenovo counts tablet business as a separate category in which it commands an estimated 33 percent market share.

Lenovo’s share in the commercial PC segment increased during the first quarter of 2019 on account of a contract it bagged from ELCOT (Electronics Corporation of Tamil Nadu).