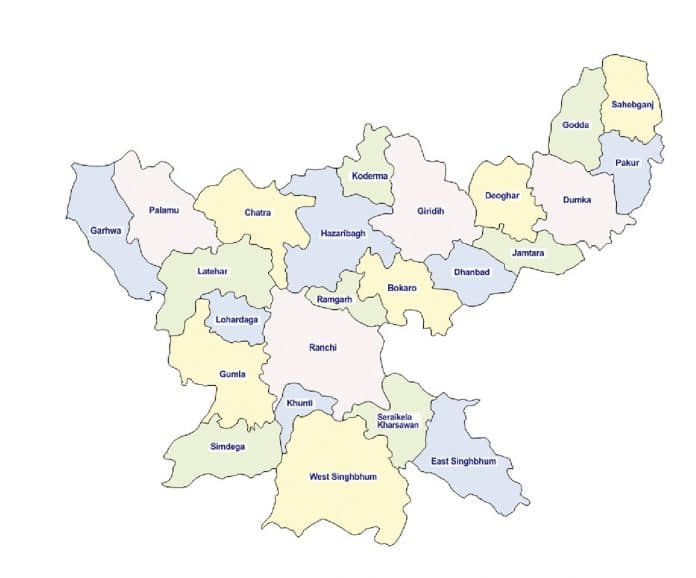 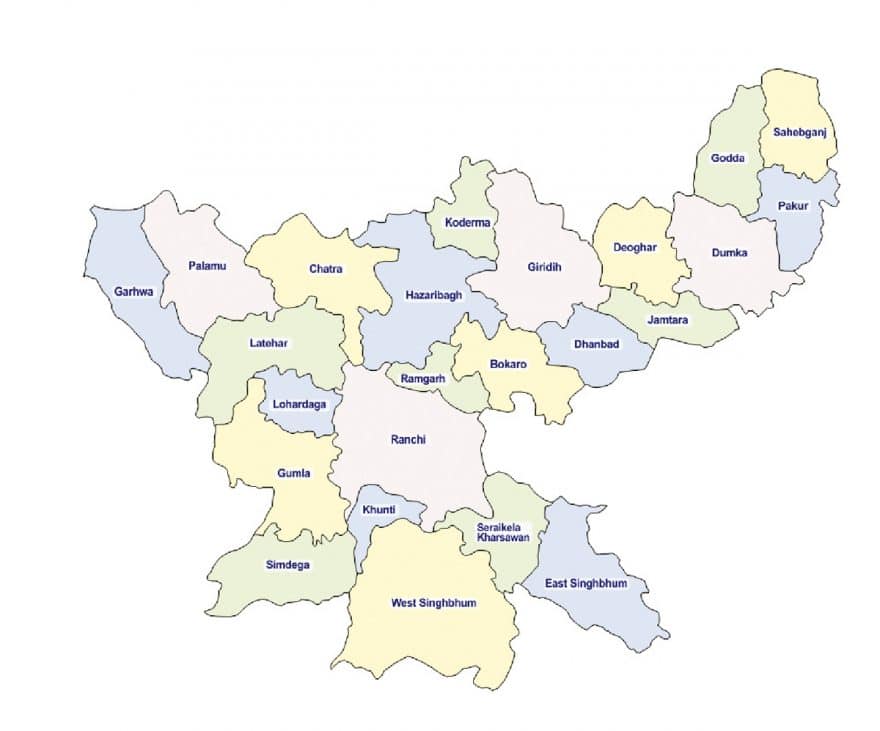 Jharkhand has emerged as a strong competitor for investments, even as Bengaluru, New Delhi and Pune are creating headlines for bagging big ticket projects. Whether it is in the field of IT or electronic systems design and manufacturing (ESDM), Jharkhand is doing all the right things to make its presence felt as a lucrative investment hub.

Established as a new state in November 2000, Jharkhand is one of the most competitive and investment-friendly states in the country. While the state’s unparalleled mineral resources and mature industrial reserves make it a key contributor to the Make in India mission, its service industry has also maintained a rapid pace of development. The latter’s contribution to Jharkhand’s GSDP increased from 33 per cent in 2004-05 to approximately 49 per cent in 2015-16. Jharkhand is steadily diversifying its economy.

Jharkhand is home to one of the largest commercial manufacturing units of Tata Motors. And one of the oldest and largest steel mills in the country, operated by Tata Steel, which is also the world’s tenth largest steel manufacturer, is located in Jamshedpur. Due to the high local availability of metals and minerals such as steel and coal, the state is an ideal destination for the automotive parts industry, power projects, cement plants, etc.

A robust ESDM policy
While Jharkhand does feature in the list of top Indian IT and ESDM destinations, the state government is slowly gearing up to improve the state’s ranking on this front. The government of Jharkhand had announced four different policies in 2016 – its IT and ITeS Policy, its BPO/BPM Policy, the ESDM Policy and Startup Policy—all under the Department of IT and e-Governance. With these two-year-old policies in place, and some of them in the process of being implemented, Jharkhand’s Department of IT and e-Governance is making sure that the state becomes a recognised IT, ESDM and startup hub by the beginning of 2019.

The state’s IT and ITeS (Information Technology Enabled Service) Policy aims at promoting a faster, sustainable investment environment, inclusive growth and employment in the state, as stated in the draft policy. The state is aiming to promote Ranchi and other Tier 2 cities as alternative IT destinations. The policy will also offer upgraded IT infrastructure to all Tier 2 and Tier 3 cities in the state. This policy also focuses on setting up infrastructure like IT parks, IT Special Economic Zones (SEZs) and IT cities, thereby improving not just the IT industry but also the life of citizens in the state.

Jharkhand’s ESDM policy has a number of objectives, starting with establishing at least 50 ESDM assembly or manufacturing units over the next decade. The policy will also enable building a strong supply chain for raw materials, parts and electronic components for manufacturing. It will facilitate the export of ESDM goods from Jharkhand and contribute around US$ 2 billion of the country’s electronics based export target of US$ 80 billion by 2020.

The policy has other aims as well, like protecting intellectual property rights through reforms, reducing patent litigation, enhancing trade secret protection, increasing the availability of skilled and semi-skilled manpower via apprenticeships, and special vocational training in ESDM assembly. The Jharkhand government is providing subsidised land and power to manufacturing companies under this policy.

Jharkhand is offering the necessary reimbursement to every employee of a company that uses Jharkhand’s manpower. This is an initiative to increase the employment of residents of the state. The policy has dedicated 92,904 sqm for an electronics manufacturing cluster (EMC) coming up in Jamshedpur, which is expected to be ready by the end of this year. Fifteen to 20 companies will be accommodated in this cluster, exclusively committed towards manufacturing ‘Make in India’ electronic chips.

The companies in this cluster can also serve the eastern and north-eastern states of the country, which are relatively unexplored markets when it comes to the ESDM sector. Two to three companies have already started operations in the field of product design. However, manufacturing has not begun as yet, as it requires more space and infrastructure, which will take some time to set up. The EMC has already seen an annual turnover of ₹ 100 to ₹ 150 million, which is a pretty decent start.

A growing automobile industry
The automotive industry has the potential to create large scale employment. Due to the state’s strength in human capital, its spirit of entrepreneurship, its geographical advantages, the quality of its educational institutions and the presence of Tata Motors, the city of Jamshedpur-Adityapur has developed into an automotive cluster in recent years. However, during the same period, Chennai, Pune, Gurugram and other Indian cities have grown even more. The cities of Jharkhand and its industrial areas must catch up with other Indian cities in order to create more jobs in the automotive sector, to improve the standard of living of ordinary people.

Inviting IoT startups to Jharkhand
In a recent interaction with Electronics Bazaar, Umesh Prasad Sah, director of the Department of IT and e-Governance at Jharkhand, said that some IoT based startups have shown interest in setting up operations in the state and have applied to be part of Jharkhand’s IoT Centre. “Although the IoT Centre has not yet been implemented, we are in discussions with many firms. It will take some time to convince these IoT based startups to invest in Jharkhand, because Bengaluru, New Delhi and Pune are preferred,” Sah said. The draft IoT policy has been distributed among the various stakeholders for final approval.

Startups are gaining momentum
Jharkhand’s Startup Policy aims to provide an area of 9290.30sqm for incubation spaces, to support state startups and promote them through public-private partnerships (PPP). The incubation hub will host firms working on new technologies that meet the needs of society and the requirements of other countries. It will promote the operation of at least 100 startups, build a strong academic-industry linkage platform, and encourage entrepreneurship across the country.

Under this policy, Jharkhand is gearing up to provide both financial and mentoring support to the startups willing to establish their base in the state. The state has launched the Jharkhand Innovation Lab with the support of the Indian Institute of Management (IIM), Ahmedabad to back new startups.

Jharkhand’s entrepreneurial ecosystem is in its infancy, but is gradually evolving. The state has received 40 to 50 startup ideas from several groups, many of which are in different stages of evaluation. “We plan to establish an entrepreneurial centre in Ranchi and help institutions promote an entrepreneurial culture on their respective campuses. We believe that Jharkhand will soon become one of the well-known destinations for startup investments,” Sah said.

A developing solar industry
The state’s Solar Policy will cover various areas, like solar power projects, manufacturing, R&D and training centres. The state will expand all its facilities and financial incentives will be provided by the Central government.

Jharkhand is also promoting the development of canal top solar projects, after undertaking the technical feasibility studies. In addition, a nodal agency will coordinate with the Ministry of New and Renewable Energy to implement its plans, announced from time to time.

The Jharkhand State Renewable Energy Development Agency (JREDA) has announced that the state is keen to provide subsidies to encourage the installation of solar roofs for consumers, homes and industries. JREDA is actively working on creating awareness about the use of solar, wind, bio gas and biomass-based technologies amongst the public, and also to promote the policies and programmes necessary to popularise the applications of various new and renewable energy technologies in the state.

Carved out of Tata Steel, from its town services division in 2004, the Jamshedpur Utilities and Services Company (JUSCO) is also actively working on using solar energy for town electrification so that Jamshedpur becomes one of the first zero discharge cities in the country.

The state is also promoting the development of solar parks on non-productive government land. The State Electricity Regulatory Commission will develop an appropriate framework to ensure the successful development of solar parks in the state. The state government is also promoting the establishment of solar thermal power plants. To this end, all registered companies, associations, government agencies, discoms and individual consumers will be eligible to establish electricity/self-backup solar projects within the state under the 2003 Electricity Act. Revised from time to time, the state’s Solar Policy comes with some clauses.
These are:

A haven for investors
Jharkhand’s Chief Minister Raghubar Das set up the Jharkhand Investment Promotion Board (JIPB) in July 10, 2016, in the hope that the state will become an ‘Investor Preferred Global Destination’. Designed to attract domestic and international investors, the JIPB’s board of directors is in charge of turning it into a ‘business facilitation’ framework in partnership with the state government. The JIPB is reviewing strategies for the effective implementation of investment policies; it is stimulating new economic sectors, and working to streamline procedures, policies and reforms to promote industrial growth.

It was the JIPB that outlined the decision of the Jharkhand government to establish a wide range of value added manufacturing facilities, and it selected specific sectors to advance the state’s manufacturing agenda. These include mining, food processing, energy, automotive, IT-ITeS, tourism, infrastructure development, healthcare and education.
Since the current government took office in December 2014, the incidence of industrial conflict has not been high. The government has ensured that potential investors are provided with the adequate investment opportunities and a single window clearance system. That is a feather in its cap.

India against trade pact on electronics