The report said that if the deal goes through, it would accelerate Intel’s $20 billion plans to build out its new contract manufacturing unit 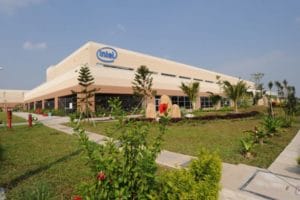 US chipmaker Intel is in talks to acquire contract chipmaker GlobalFoundries for $30 billion, as per a recent report by The Wall Street Journal.

GlobalFoundries, which was owned by Intel rival Advanced Micro Devices, is currently in the hands of the Abu Dhabi government’s investment unit Global Mubadala Investment. The talks appear to be between Intel and Global Mubadala, the Journal reported.

With rivals like Arm quickly rising in the semiconductor scene, Intel is straining to hold on to its position as one of the leading chip makers globally.

The report said that if the deal goes through, it would accelerate Intel’s $20 billion plans to build out its new contract manufacturing unit, Intel Foundry Services, which will make chips designed by other companies.

If the deal falls apart, GlobalFoundries could proceed with an initial public offering already planned for 2022.

The acquisition, however, wouldn’t boost Intel’s position against rival Taiwan Semiconductor Manufacturing Company (TSMC) for the most advanced and complex processors, which make up nearly half of Taiwan Semi’s revenue, the report added.

GlobalFoundries is also expanding its global manufacturing footprint with the construction of a new $4 billion fab on its Singapore campus.

Intel has been reportedly mulling the idea of buying out another chip maker, open-source tech-based fabless chip firm SiFive Inc, in which it is already an investor.