Intel, which for decades held the top spot in technology for manufacturing the smallest, fastest computing chips, lost it to semiconductor companies TSMC and Samsung 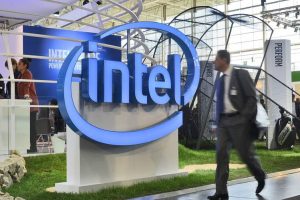 US chipmaker Intel Corp has laid out new plans to take on rivals like TSMC and Samsung Electronics by 2025.

As part of its plans, Intel will now produce sister chip firm Qualcomm’s chips at its factories. Intel is also onboarding another customer– Amazon.com Inc.

Qualcomm, which dominates chips for mobile phones, will use what Intel is calling its 20A chipmaking process, which will use new transistor technology to help reduce how much power the chip consumes.

Amazon, which is increasingly making its own data centre chips for its Amazon Web Services, is not yet using Intel’s chipmaking technology but will use Intel’s packaging technology, the process of assembling chips and “chiplets” or “tiles”, often stacking them up in so-called 3D formation. Intel excels in this packaging technology, analysts say.
“There have been many, many hours of deep and technical engagement with these first two customers, and many others,” Gelsinger said.

Intel did not give details on how much revenue or manufacturing volume the customer wins would bring. Qualcomm in particular has a long track record of using multiple foundry partners, sometimes even for the same chip.

Intel, which for decades held the top spot in technology for manufacturing the smallest, fastest computing chips, lost it to semiconductor companies TSMC and Samsung. Their manufacturing services have also aided Intel’s rivals AMD Inc and Nvidia Corp produce chips that outperform Intel’s.

Intel said during a press conference that it expects to regain its lead by 2025 and described five sets of chipmaking technologies it will roll out over the next four years.

The most advanced use is Intel’s first new design in a decade for transistors, the tiny switches that translate to digital ones and zeros. Starting as early as 2025, it will also tap a new generation of machines from the Netherlands’ ASML that use what is called extreme ultraviolet lithography, which projects chip designs onto silicon somewhat like printing an old-fashioned photograph.

“We’re laying out a whole lot of details to The Street to hold us accountable,” Intel Chief Executive Pat Gelsinger told Reuters in an interview, referring to investors.

Intel also said it will change its naming scheme for chipmaking technology, using names like “Intel 7” that align with how TSMC and Samsung market competing technologies.