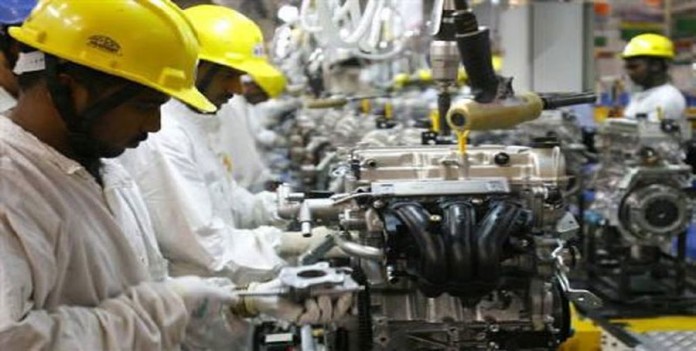 In a series of three months, India’s  industrial output has dipped by 1.5 per cent,  indicating slow growth.

As stressed by the Central Statistics Office (CSO) of the Ministry of Statistics and Programme Implementation, the factory output data or index of industrial production (IIP) for January 2016 is 1.5 per cent less than it was in January 2015. There was also a dip in IIP of 1.2 per cent in November 2015 and 3.4 per cent in December 2015.

According to Bill Adams, senior international economist at PNC Bank International, there was a dip in Indian industrial production in January which is in line with the global manufacturing issues which were visible in February PMI releasers for several economies.

The three sectors that constitute the IIP, mining and electricity has grown by 1.2 per cent and 6.6 per cent, respectively. Manufacturing also saw a decline of 2.8 per cent year-over-year bringing down the entire index. Out of the 22 industries, 10 have shown a negative growth in the month of January 2016 in comparison to January 2015.

Moreover, consumer goods stood at zero per cent, showing no gain or loss. This shows that consumers are not ready to spend as of yet. Adams said, “In all likelihood, India will eke out another year of real GDP growth of around seven percent in 2016, but this will be despite a weak industrial sector.”

The IIP is made up by utilising data obtained through 15 source agencies that deal in a range of things from sugar to fertilizer to salt to electricity within different ministries and departments of the Indian government.

Panasonic will make India a regional hub, By 2015