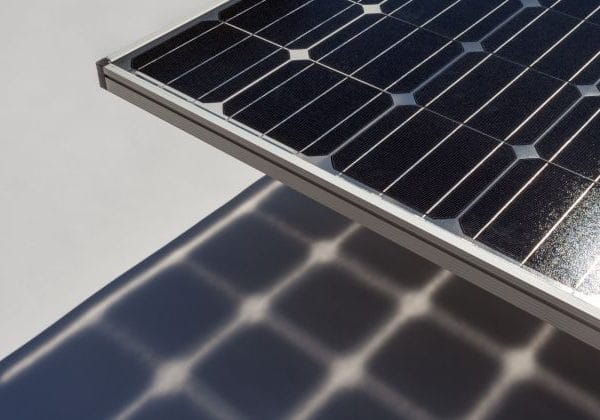 Adani has emerged as an aggressive challenger to Chinese companies that dominate the Indian solar modules market.

Adani Solar, a subsidiary of Adani Green Energy, and part of the Adani Group has sesolart an ambitious target for itself — to achieve 50 per cent share in India’s solar panel market which is currently dominated by Chinese equipment.

A senior official at Adani Solar recently told reporters that the company is planning to grab substantial market share from the Chinese companies over the next two years in the Indian solar panels market. The official claimed that Adani was already producing solar panels that are cheaper, durable, and much more suited to the Indian conditions compared to the Chinese modules.

The official, however, failed to give additional details about the plan. It could be the case that the company may be looking to grab 50 per cent share in the Indian modules market and not the overall market.

Growing the solar portfolio
Adani had initially planned co-development of these production facilities with SunEdison in a US$4 billion agreement. The partnership fell through after the US-based project developer filed for bankruptcy. Adani then entered a partnership agreement with a Chinese company, East Hope, which would invest US$300 million in the venture.

Adani has emerged as an aggressive challenger to Chinese companies that dominate the Indian solar modules market. Government figures state that 80-90 per cent of the solar cells used in India are imported from China. Adani’s plans for an aggressive expansion in the Indian market come at a time when Chinese (and manufacturers from other countries) are facing safeguard duties on their solar cell and modules exports to India.

Issues related to safeguarding and import duties being levied on Chinese modules led to a tussle between the Chinese suppliers and Indian project developers. This not only resulted in an increase in tariff bids by project developers in solar power auctions but also created hurdles in delivery. The Ministry of New and Renewable Energy (MNRE) recently issued an advisory to multiple stakeholders against two Chinese companies that refused to honor module supply agreements with multiple project developers in India.

With a massive production facility, high in-house demand and the anti-dumping regime in its favor, Adani Solar stands at the cusp of a huge opportunity to grab a large chunk of the market share from the Chinese suppliers that have dominated this Indian market for several years.