Huawei India is currently awaiting approval from the telecom department for conducting 5G trials in the country. 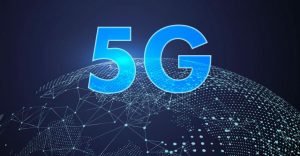 India has the potential to become the largest 5G market after China in the coming 10 years, a top executive of Huawei said.

According to James Wu, president, Southern -East Asia region at Huawei Technologies, Hong Kong will be the first market to deploy 5G technology in the South-East Asia region and it will be followed by Thailand, India and Vietnam, ET reported.

The Chinese telecom gear maker said that it is working with Indian telecom operators in validating the technology that is core to 5G in the future. The company is also collaborating with local telcos for 5G field trials, which is expected to happen in the second half of this year.

Huawei India is currently awaiting approval from the telecom department for conducting 5G trials in the country. The company along with its telecom operator partners had submitted a joint application for 5G trials in December last year.

Wu said that Huawei’s local teams have contacted government bodies and telecom operators in India for negotiations and discussions around the security concerns related to its 5G equipment.

The executive added that so far, they haven’t received any concerns from the India government.

Huawei has been facing scrutiny in many countries over espionage concerns. The US has asked its allies to ban 5G gear from Huawei, expressing concerns that its alleged link with the Chinese government could pose a national security threat.

However, Huawei maintains that there has been no evidence of any wrongdoing by the company and has asked India to have its own judgement on the alleged snooping concerns.