Home Headlines How LEDs are transforming the lighting in vehicles 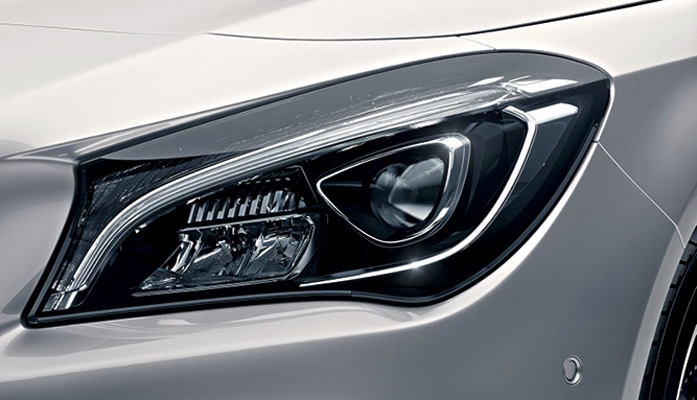 LED lighting is emerging as the natural choice in automotive applications due to its inherent energy efficiency and environment-friendliness. It also enables creative lighting designs that enhance the aesthetics of an automobile.

A few years back, LEDs were just an innovative idea but now the technology is well entrenched in the automotive lighting space. These lights offer style and performance, are lighter, save space, and have a host of other benefits. Beyond just headlights and tail-lights LEDs are now making their way onto dashboards and rear view mirrors too. Interestingly, LEDs have even penetrated into the smaller vehicle market. According to a report, the global automotive LED lighting market has the potential to grow by US$ 4.73 billion during the 2019-2023 period.

LEDs increase the safety of vehicles
Lighting is an important element of all vehicles, and plays a key role in ensuring the safety of both drivers and the public. Unfortunately, lighting has not always been given its due importance by OEMs and consumers – this is the case in India and in many other countries too. Such negligence has caused many accidents. A study reveals that 49 per cent of all passenger vehicle occupant fatalities happen in the dark, despite the fact that only 25 per cent of average driving time is at night. To bring down these alarming figures, the government has made more stringent rules regarding the use of high-performance automotive lights. This has fuelled the demand for better illumination and more reliable automotive lights.

Among the many lighting options like halogen, incandescent and xenon, LED lighting is gaining prominence because of the many advantages it provides. LEDs come with safety functions that increase visibility in the dark and in bad weather conditions.

They have features like an optional night vision assistant that detects a pedestrian appearing in front of the moving car in the night. This quickly triggers the individual LED fixture to flash its light three times in succession, which makes the pedestrian clearly visible against the background, while also alerting both the pedestrian and the driver. In adverse weather conditions such as rain or fog, LED headlights emit light that closely resembles natural daylight, enabling better visibility. The left and right LED indicators that signal which direction the driver intends to turn can be clearly seen by others on the road even when visibility is poor. These LEDs can also automatically change or dim the light pattern, if an intelligent camera based sensor system directs them to do so.

LED lights provide digital lighting solutions, whereby all the lights are directly attached to active safety systems. They are also connected to other systems of the vehicle such as vision systems, navigation and emergency safety functions, etc. The technology keeps getting updated and currently, such systems can display all the relevant information to the driver that will assist (to a certain level) in averting major problems from occurring. All these factors contribute to the safety of the vehicle.

The differences between the various types of auto LED lights
In automotive lighting, there are three main light options—halogen, xenon and LEDs, and each one is very different from the other. Currently, LEDs are the most preferred automotive lighting technology in use.

One of the biggest benefits of LED lights is design flexibility. The styling of vehicles is important to car buyers. Apart from other functions and safety aspects, consumers are also drawn to attractive exteriors and interiors of the vehicles. With LEDs, it is possible to design a very sleek and compact lighting fixture, and yet provide effective lighting. Such sleek designs do not consume a lot of space, which helps designers to develop unique designs for constrained spaces that would not be achievable with traditional automotive lights.

LEDs use diodes that emit powerful and bright light. Both halogen and xenon lights use filaments, which take some time to light up and deliver their full brightness. LEDs provide good illumination the moment they are turned on. Such lights are ideal for vehicles as the drivers get enough time to react and handle any alarming situation. It must be noted that HID (high intensity discharge) lamps are the brightest among the car headlight options. However, they can distract or temporarily blind the drivers of oncoming vehicles, and also cause a shadow effect that can create difficulties in seeing things clearly while driving. LEDs offer good brightness and light intensity.

Another important aspect of LED lights is that they consume very little energy, and can last 100,000 hours or more, whereas the typical life span for other lighting is 75-90 per cent lower (at best 10,000 – 25,000 hours). LEDs waste only a little amount of energy in the form of infrared radiation. They emit light directionally—180 degrees versus 360 degrees, which implies that there is very little energy lost in redirecting or reflecting the light beam. Therefore, LED lights can be used extensively when the engine is running, without any drastic impact on the battery. In fact, some low powered LEDs can be operated for a certain time even when the engine is not running.

Challenges
In spite of their many advantages, LEDs also come with a few downsides, though these are not of a critical nature. Cost is one of the most discussed concerns when it comes to LED lights. They are very expensive to acquire; so initial capital costs are high. This has hindered widespread adoption. Consumers are yet to realise that the savings that accrue in the long term are significantly higher than the initial investment.

The other issues include the need for heat dissipation. Many people assume that LEDs do not emit heat at all. In fact, a small amount of heat is generated by the emitter when electricity passes through. This means LEDs require a cooling component to keep the diode from melting and to protect the other parts. This increases the cost involved in manufacturing.
Another issue is that when LEDs expire after use over a few years or a decade, not only the light source, but to an extent, the entire fixture into which the lights are embedded can also become non-functional. LED lighting is also problematic in colder climates as it can become ineffective or useless. Due to the low release of heat, these lights are not efficient in dealing with frost or snow.

LEDs are generally avoided in applications requiring a spherical light field. They do not give a spherical distribution of light; hence they are not recommended for use in large open fields.

The growing demand for automotive LED lights
Considering the benefits provided by high power LEDs, conventional lights like halogen and xenon have taken a backseat in automotive applications. LED lights are highly energy-efficient with a longer life span. As they require minimum maintenance, the costs on this front are reduced. The initial price and costs of installation of LED products are typically higher than traditional lights, but the operational costs are much lower. LED technology enables more safety focused features, which enhance the overall driving experience. Besides, standardisation and the optimisation of LED modules have brought down the cost of LED technology.

Another major factor that is contributing to the growth of LED lighting is the introduction of schemes and initiatives by the government that encourage adoption of an energy-efficient technology that has a low impact on the environment. Consumer awareness about the benefits of LEDs is also driving their adoption in vehicles.

These lights are incorporated in both standard and luxury vehicles. Even commercial vehicles use LED technology today, because of the efficiency of these lights.

Headlights, as the most significant exterior lighting, are now being upgraded to include intelligence. The headlight comprises LEDs, controllers and sensors, and is connected to a vision system in the vehicle. In tail lights, each LED is individually controlled, and is used to inform, warn or communicate with other road users. LEDs are considered to be ideal for exterior applications because of their interactive and intelligent features.