Hero Electronix announced its entry into the consumer technology space with a series of AI powered connected devices. 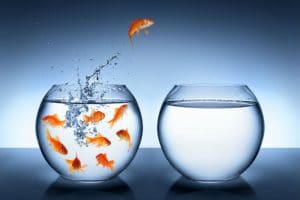 With a string of technical acquisitions, Hero Electronix Pvt Ltd (HEPL) had  already entered into the technology and innovation space. Now, the company has forayed into the consumer technology space too. The team at Hero Electronix believes that a massive revolution is coming as smart devices proliferate driven by technology trends like ubiquitous connectivity, cloud computing, artificial intelligence and low-cost sensors.

Taking advantage of these technologies, Hero Electronix plans to launch more than 10 intelligent products across home automaton, automotive, health and entertainment domains in the next five years. Each of these devices is being architectured to solve specific needs of Indian consumers and to work in Indian environments and family set-ups.

Planning for the long-term, Hero Electronix has invested in building the core technology components in-house. The complete technology stack – hardware, cloud software, device software, app – has been architected by its engineers over a period of two years and built in collaboration with leading global partners. Additionally, Hero Electronix has made significant investments in artificial intelligence (specifically image processing), which have led to significant breakthroughs in terms of product feature/functionality.

A new player in the block
HEPL has made massive R&D investments over the course of past 24 months and partnered with global technology giants like Amazon and Qualcomm. The company’s first product has been designed to be the centerpiece of security, entertainment and automation needs of home.

In an exclusive interaction with Electronics Bazaar in October 2018, Hero Electronix CEO Nikhil Rajpal had revealed Hero’s future plan in the B2B domain coupled with the string of acquisitions (MYBOX, Tessolve and Zenatix). He had informed that apart from addressing business challenges in retail, hospitality and logistics, through the deployment of IoT and emerging technologies, Hero Electronix also has desire to enter in the automotive and defence sectors within next 1-2 years.

Rajpal also stated that the organisation is building a business around connected intelligent devices and so all their investments have a common thread.

With consecutive acquisitions and tie-ups with the electronics industry giants, it is no more a secret that Hero Electronix is building up a big ecosystem of its own and is ramping up its business pretty seriously. However, what lies ahead and how the competition is going to get, only time will tell.