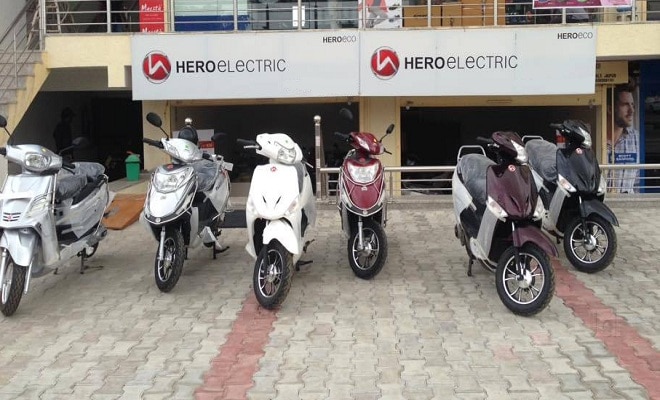 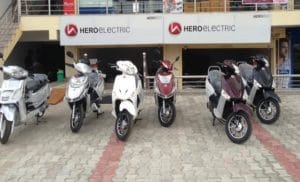 Homegrown electric two-wheeler company Hero Electric Vehicles is looking to expand its business, including setting up a new manufacturing plant, for which it will spend Rs 700 crore by 2025. The company has also raised a funding of Rs 200 crore in a Series B round led by Gulf Islamic Investments to aid its expansion expenditure.

As per its expansion strategy, Hero Electric plans to sell about 10 lakh units a year by 2025-26 for which it will set up a new manufacturing facility with an annual capacity of 10 lakh units. It will also spruce up production at its current plant at Ludhiana from 75,000 units per annum at present to 3 lakh units.

The company will also scale up its R&D, marketing, and dealer network, along with expanding its supply chain, service network and charging stations in order to cash in on the ‘explosive growth’ in demand for its electric two-wheelers.

Talking about the Rs 200 crore funding round, which also saw the participation of OAKS, Hero Electric Managing Director Naveen Munjal said, “This is from our existing investor OAKS, which had invested in us in 2018 and a new investor, GII coming in,” Munjal said.

“This round of investments which is a first of a larger scheme will help expand our manufacturing capacities, increase R&D spends that will enable us to continue to launch innovative products to disrupt the category. Hero is committed to its mission of No Emission and build a sustainable future that is electric,” Munjal said

While the fresh funds raised will be for meeting immediate requirements for expansion, he said, “We will have to go for another (round of fund-raise) which is going to be much larger… we will raise again, possibly next year and that will be again for even further expansion in terms of manufacturing and market.”

Munjal said Hero Electric is preparing for the exponential growth in sales that it expects going forward, with the FAME II scheme increasing support for electric two-wheelers thereby accelerating demand.

“The electric vehicles market has undergone tremendous change over the last few years since we raised our first round of funding. The policies are extremely conducive for the growth of the segment and despite the pandemic, the company is poised to grow at over 2X from the last fiscal,” Hero Electric Managing Director Naveen Munjal said.

“Overall, in the next five years between 2025 and 2026, we’re looking at sales of a minimum of a million units per annum,” Munjal added.

Commenting on the company’s investment in Hero Electric, GII Founding Partner and Co-CEO Pankaj Gupta said, “Hero Electric has established itself as a champion in the country’s electric vehicles segment and is exceptionally well positioned to achieve multi-fold growth in the coming years.”

Similarly, OAKS Founder and CEO Vishal Ootam said, “We believe that over the next few years, the electric vehicles market is going to grow exponentially. Our belief is that this investment round will put the brand Hero (Electric) firmly in a leadership position.”