TEMA has urged the government of India to provide on priority telecom connectivity to Border & Sensitive areas of India by Make In India equipment only and immediately give directions to BSNL to cover all the unconnected areas in North East, Left Wing Effected areas, unconnected hilly, remote areas

TEMA has pointed out that border and other sensitive areas, encompassing national security, need immediate attention. Pointing towards The Bharat Net project that has investment plans of about Rs 40,000 Crores, it has suggested that BSNL should be allowed to use these since BSNL has successfully shown execution capabilities in LWE areas and had procured equipment from Domestic manufacturers.

“National Security has become the most prime concern for the Govt. and all Indians. Considering the sensitivity involved, it’s important that all unconnected areas in North East, Naxalite areas and border & hilly areas should immediately be connected with telecom networks. Keeping in mind the Security concerns, It is high time that BSNL is asked to provide telecom connectivity to these areas on an urgent basis using Make in India equipment only. Domestic Indian telecom manufacturers are fully geared to supply equipment for these networks,” noted Ravi Sharma, Chairman TEMA.

The finance minister of India, in her budget speech, during July 2019 had said that the Central Government would spend over Rs 100 lakh Crores on building modern infrastructure/up-gradation over the next five years. Hon’ble FM had also said, “We need to invest in infra, digital economy and job creation in small and medium enterprises.”

This is known as the National Infrastructure Pipeline. This was also included in the National Address of Hon’ble Prime Minister, Shri Narendra Modi ji on 15th August, 2019, when he spoke of investing Rs 100 lakh Crore in infrastructure. Even if four to five per cent of this is taken for telecom projects, it would be around Rs 4,00,000 to 5,00,000 Crores. We estimate at least 50 per cent of this, i.e. about Rs 2,00,000 to 2,50,000 Crores should be coming from domestic manufacturers, cumulative over the next five years.

TEMA mentioned it welcomes Hon’ble Prime Minister, Shri Narendra Modi Ji’s call of 31st July, 2020. “Now that our digital connectivity ecosystem has scaled many peaks, it is now time to focus on self- reliance and security,” and further “….. brainstorm about a roadmap to achieve end-to-end self-reliance in connectivity infrastructure..”

Sandeep Aggarwal, vice chairman TEMA said “Indian manufacturing sector is looking forward in supporting BSNL and Bharat Net in providing connectivity to unconnected areas. The immediate action of making this network by Make In India will strengthen the domestic manufacturing sector by revenue of about Rs 20,000 Crores. We urge Govt. to take an immediate decision”. 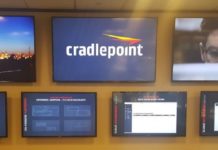