In a move that may be a boost for hi-tech companies like Apple, Samsung, etc., the government is likely to formulate a separate policy for electronics to attract higher foreign direct investment (FDI) and make the country an export hub. 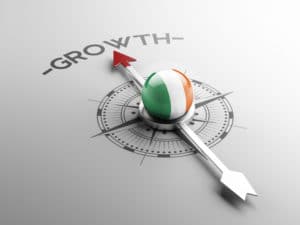 This means electronics will not form part of the easing of the 30 per cent local sourcing norms for single-brand retail, about which finance minister Nirmala Sitharaman spoke in the Budget. For all practical purposes, no mandatory local sourcing norms may apply for electronics companies which make manufacturing bases in the country for export purposes.

Analysts are of the opinion that sectors other than electronics may be clubbed together as single-brand retail and the new eased 30 per cent sourcing norms would apply to them. Electronics has an issue of imports. It is the third-largest category that eats up into our forex, said Ankur Bisen, senior vice-president at Technopak Advisors to Financial Express.

Bisen said the government should also mull extending the three-year period exemption, currently provided to companies undertaking retail trading of products having state-of-the-art technology, for sourcing products domestically. A move to this effect will give such companies more time to develop their factories and network of vendors in India.

What to expect and what not
Under the current local sourcing norms, the government mandates foreign companies investing beyond 51 per cent in single-brand retail trading in the country to locally source 30 per cent of the value of products sold.

To capitalise on the ongoing trade war between the US and China, a panel formed by the Prime Minister’s Office (PMO) is understood to have engaged with global electronics majors like Apple and Samsung to get the companies’ feedback on their requirements to set up manufacturing and export hubs in India, according to media reports.

FDI equity inflows into India stood at $44.36 billion in the year to March, marginally lower than $44.85 billion in FY18, according to provisional data released by DPIIT. A source informed the English Daily that there were two lines of thinking within the government.