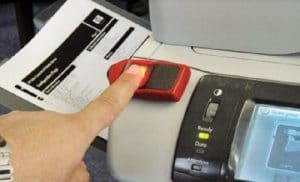 The rise of Internet of Things (IoT) and smartphone usage has greatly expanded the market for biometric identity authentication due to the ubiquity of mobile biometrics. Technological advancements and higher biometric spending and implementations in the public sector due to the use of eGovernance, as per a recent report by Frost & Sullivan, are expected to drive the $18.78 billion market toward $45.96 billion in 2024 at a compound annual growth rate of 19.6 per cent.

“Rapid developments in eCommerce, Artificial Intelligence (AI), and blockchain are prompting biometric vendors to constantly innovate and make the most of the market demand for advanced biometrics. Therefore, there is likely to be a spurt in the number of partnerships between biometric vendors and emerging technology companies,” stated Nandini Bhattacharya, industry manager for Industrial at Frost & Sullivan.

What can biometrics vendors do

The report also mentions what biometric vendors can do to make the most of this opportunity. According to the report, biometric vendors need to develop behavioural and multimodal biometric technologies to tap the demand from major commercial applications. They also need to engage in partnerships and acquisitions with technology vendors to enhance and adapt their product portfolio in the fast-evolving market.

Starting to offer Biometric-as-a-Service for both government and commercial applications can also prove to be beneficial for making the most of this opportunity. The report also mentions including AI in the offerings and working on IoT strategies around commerce, automotive, and finance as key thinks to do.

The India Biometrics market, as per a report by Research and Markets, reached a value of US $1.7 Billion in 2018. This report mentions a rising number of smartphone users, improving internet connectivity, increasing security concerns and adoption of e-Governance applications as factors driving the market.