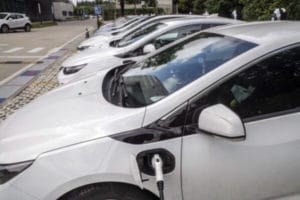 According to a report, GM Motors Co. have claimed to come up with a strategy to reverse its decline and chase after Tesla Inc.’s lead in selling electric vehicle in the world’s largest market.

GM is making a convincing pitch for its investors sharing that its strategy of bringing electric models to market globally will make it a credible competitor to Tesla. GM is also facing some pressure to spin off its plug-in unit as an operate business after Wall Street lavished billions on EV start ups lately.

Barra also said “We are investing heavily in the technology and innovation that will help us realize our vision.” She also added that from 2020 – 2025, the company would be allocating more than $20 billion in capital and engineering resources to our EV and AV programs.

Barra’s presentation also follows the reveal of the Cadillac Lyriq electric SUV earlier this month and the unveiling of its Ultium electric-vehicle battery in March. While the sales have already shown resilience in China amidst the coronavirus pandemic, long-term growth prospects depend on its new models – including electric cars – attracting buyers. There has been an increasing demand for EVs and Tesla has taken over an early lead in Asia’s biggest economy after starting output from its new multibillion-dollar Shanghai Plant.

It has also been reported that China’s car market is recovering from a two-slump, helped by reopening of showrooms, the receding of Covid-19 and an improving economy. Electric-vehicle sales growth eclipsed gas guzzlers last month following a yearlong lull kicked off by the government sailing back EV subsidies.

GM also shared that it plans to sell more than 20 EV models by around 2023. The company’s battery pack can host compact cars, large pickup trucks, etc.

Meanwhile, Reuss also said “This is a huge opportunity for us, the biggest opportunity any of us have ever seen for this company.” He also added that it represents a chance to reinvent the company and reset their brands. This will in turn help in changing this company and its perception.