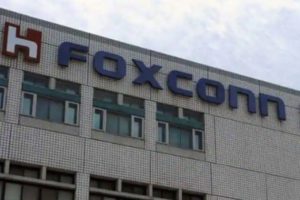 Taiwanese electronics manufacturer Foxconn is in talks with Japan’s Nidec to set up a Taiwan-based joint venture next year to build motors for electric vehicles. This comes after both the companies revealed their ambitions to grab a sizable share of the electric vehicle market.

Nidec’s joint venture with Foxconn’s automotive division builds on a partnership announced in March to develop electric vehicle drive systems. The companies did not disclose how much they will invest in the joint venture, saying they will conduct feasibility studies and negotiate details of their contract by the end of the year.

Nidec will deepen ties with Foxconn — the world’s largest contract electronic manufacturer — and is planning to spend $9 billion in acquisitions over the next five years to increase sales of electric vehicle motors.

“Currently, the majority of our [automotive] clients are carmakers. But in addition to those who have traditionally been selling cars, we are now seeing loads of new entrants from other sectors,” Nidec’s CEO Jun Seki told an online news conference.

For Foxconn, it is the latest in a series of joint ventures and partnerships including with Chinese, Taiwanese and European carmakers as it makes its way into the automotive supply chain.

Nidec also has a joint venture with Stellantis, the car group formed by the merger of FCA and PSA, and with China’s Guangzhou Automobile Group.

Nidec also said on Wednesday that it planned to double its revenue to ¥4tn ($36bn) by the fiscal year ending in March 2026, of which one-third is expected to come from sales of automotive products. The group has ambitions to increase its revenue to ¥10tn by fiscal 2030.

The key to reaching that target will be mergers and acquisitions, a hallmark strategy of the Kyoto-based manufacturer, which has historically expanded through aggressive cross-border takeovers.

Shigenobu Nagamori, the group’s founder and chairman said, “To take ourselves to 10 trillion yen [in sales], we need to bring in the relevant talent and acquire large companies.”