CleanMax will own and operate the projects, while Facebook will buy the power off the grid using environmental attribute certificates, or carbon credits 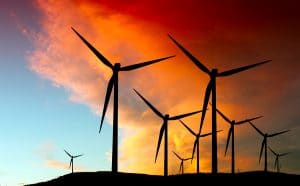 Facebook announced that it has entered into a sustainability contract with Indian renewable energy company CleanMax to purchase energy from the firm’s wind power project in Karnataka.

The 32-megawatt wind power project is part of a larger portfolio of wind and solar projects that Facebook and Mumbai-based CleanMax are working together on for supplying renewable power into India’s electrical grid, they said in a joint statement.

CEO Mark Zuckerberg had earlier announced the company’s plans to operate completely on renewable energy, which would play an important part in reducing the conglomerate’s carbon footprint. This is Facebook’s first such operation in South Asia.

The statement added that under the agreement, CleanMax will own and operate the projects, while Facebook will buy the power off the grid using environmental attribute certificates, or carbon credits.

In a conversation with Reuters, Facebook’s head of renewable energy, Urvi Parekh explained that the company typically doesn’t own the power plants but instead signs “long-term” electricity purchasing agreements with the renewable power company.

Parekh said that the company has announced similar partnerships with energy providers in Singapore on projects that can produce 160 MW of solar power.

The electricity generated from these plants will power the tech giant’s first Asian data centre that is set to start operations next year, she added.