Home Exclusive Electronics: What China is to India, USA is to China

Any nation wanting to set supremacy in terms of electronics manufacturing must have unlimited access to semiconductors, and most of the machinery or tech that is used to fabricate semiconductors, comes from the United States

China’s policy on electronics has been clear from the point it was envisaged. The country wants to dominate in terms of emerging technologies and manufacturing electronics. Data gathered from Statista shows that in five years between 2013 and 2017, China accounted for 28 percent of the global exports of computers, electronics, and optical products. According to McKinsey data analysis, this proportion has increased by 13 percentage points compared to a decade earlier.

However, powering these electronics, is a critical component most commonly refereed to as semiconductors. Also known as the brains of anything and everything electronics, semiconductors are something that China is dependent on the likes of Taiwan, South Korea, Europe, and in some cases the United Stated as well. To put an apt comparison here, it would not be wrong to say that what China is to India, USA is to China. India in 2019-20, as per Sanjay Dhotre, minister of State for Communications and Electronics and IT, imported Rs 1.15 trillion worth of electronics components. The 37 per cent share of these imports was from China.

Semiconductors: The pain in the land of China

Out of Rs 56,039 crore worth of smartphone components that India exported in the same year, components worth Rs 25,441 crore were exported from China. While that is a clear indicator that a lot of Indian companies are dependent on their Chinese counterparts, it also shows China’s supremacy in terms of producing electronic components, but in terms of semiconductor manufacturing the country has tried and failed on more than one occasion.

It is worth mentioning here that just like India imports a lot of electronics components, China’s major imports in terms of electronics are in the semiconductor vertical. A report by East Asia Forum notes that China imported semiconductors worth US$300 billion during 2019-2021.

In terms of technology, China’s SMIC, has the capacity to fabricate semiconductors on the 14-nanometre scale. Taiwan’s TSMC, on the other hand, is already manufacturing semiconductors using the 5-nanometre fabrication technology. The aim of China to develop prowess in the field of semiconductors is so big that the government of the country has given subsidies to local semiconductor companies amounting to US$50 billion over the past 20 years (Semiconductor Industry Association).

This amount is almost 100 times of what the Taiwanese government pays to companies in Taiwan. Despite that Taiwan’s TSMC is moving towards starting the 3-nanometre fabrication technology.

It is also worth mentioning here that the success of TSMC, in most of the cases, is owed to a Chinese born engineer. Morris Chang was working in a leading semiconductor company in USA when he was recruited by the Taiwanese government to start TSMC in 1987. Taiwan, South Korea and Japan, have also been benefiting by being US’ Asian allies during the Cold War. Moreover, semiconductors is one space that is dependent on how the IPs are handled by the local ecosystem of a country, and China is quite famous for the same.

The pain of semiconductors in the land of China does not seem to be going away as the Joe Biden’s USA government has decided to continue on the policies introduced by the Donald Trump administration.Donald Trump, during his term, had made clear to the world and to the companies dealing with USA based organisations that doing business with China and USA, on the semiconductor front, will not be acceptable to the government of USA.

Most of the machinery and tech used to fabricate semiconductors is developed in the United States, and it is the organisations in USA, that do business deals with the likes of TSMC, for transferring such tech. Moreover, USA also leads the world in terms of fabless semiconductor manufacturing. Around 50 per cent of the chips manufactured in Taiwan are based on designs that originate from the United States.

China, in this case, is more of an end user who buys chips to integrate them into electronics devices. A clear example of the same is Huawei. The company, due to shortage of semiconductor chips, has been forced to scale down its mobile manufacturing. The situation has also put up a question mark on the future of 5G business for Huawei, and Huawei reportedly had “access to as much as $75 billion in state support,” according to a piece published by The Wall Street Journal in 2019.

What is China doing now

China’s semiconductor exports have been on a rise during the last decade. It’s semiconductor exports touched US$101 billion in 2019, a 20 per cent rise from the previous year, but these are mainly low or medium-range chips. Chinese Communist Party’s (CCP) in its 14th five-year plan (2021–25) has aimed to strengthen the country’s autonomy in semiconductor production. Many media houses and experts see this as a response to US sanctions restricting the supply of chips containing US technology to China.

The country is right now funding the construction of more than 70 fabs through a range of support measures including grants, equity investment, reduced utility rates, favorable loans, tax breaks, and free or discounted land. China’s global share of 300 mm chip production, as per SIA, is 12 per cent today and has grown by 15.7 per cent annually over the last seven years. As a result of these incentives, China is projected to have the largest share of global chip production (28 per cent) by 2030. Some incentives, such as grants, are privately negotiated between the local government and the semiconductor company.

Wuhan Hongxin Semiconductor Manufacturing Co, a state-backed semiconductor plant in China was closed on account of paucity of funds. It was taken over by the local government at the end of 2020. 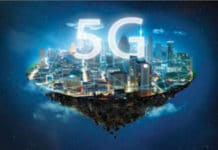 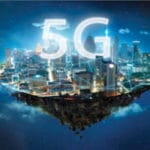 Buzz Siddha Dhar - April 20, 2021
0
Earlier, GM had revealed that it will be collaborating with SES to create efficient batteries which allow for a higher electric vehicle driving range... 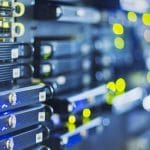 Industry Report EFY News Network - April 20, 2021
0
In terms of vertical, the IT and telecom segment dominated the market in 2020 and is expected to register the highest revenue-based CAGR over...

Buzz EFY News Network - April 20, 2021
0
The original deal with nearly $4 billion in state and local tax incentives was struck in 2017 by then-Gov. Scott Walker The details...

Buzz EFY News Network - April 20, 2021
0
SVOLT, which is making EV batteries in China's eastern city of Changzhou and Wuxi, will have a global production capacity of battery cells...