Concession to Tesla a Threat To India’s AatmaNirbhar Call: SIAM 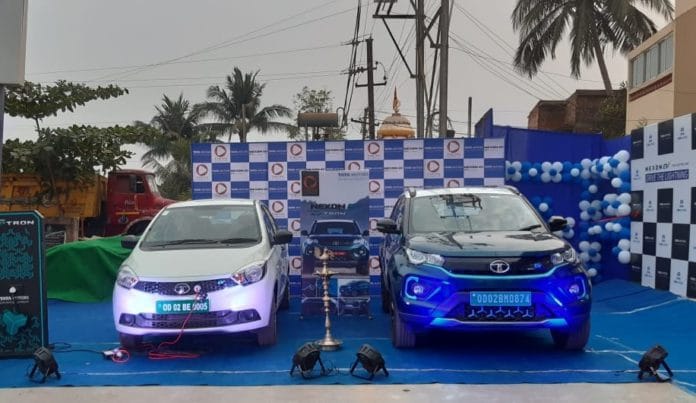 The lobby representing the automotive industry is against any plan of providing concessions to the likes of Tesla. This lobby, citing the PM’s call to aatmanirbhar bharat, noted that such concessions will only hamper the vision of the PM towards building a self reliant India. A report by the Economic Times claims that the media house has seen a presentation made by the Society of Indian Automotive Manufacturers (SIAM). The presentation wad made to the ministry of heavy industries where the case was put forward.

The presentation explains how the concessions will only help ultra rich. It also notes that the economically weaker sections of the society are already paying 28 per cent tax on buying two wheeler which are nominally priced. The country, at the moment, levies 110 per cent duty on importing electric vehicles that are priced $40,000. SIAM is of view that if these duties are brought down to 40 per cent then local companies might feel discouraged to make efforts towards assembling autos here in the country. Moreover automakers like Tesla will also not make efforts for localising products if the duties are lowered argues SIAM.

Tata Motors and Ola Electric, as per the report, have backed the arguments made by SIAM, whereas Hyundai noted “it helps a responsibility minimize for imported EVs”. Tesla’s poster boy Elon Musk had recently tweeted about the ‘high’ import duties on electric vehicles in the country.

“We want to do so (launch cars in India), but import duties are the highest in the world by far of any large country. Moreover, clean energy vehicles are treated the same as diesel or petrol, which does not seem entirely consistent with the climate goals of India,” read Musk’s tweets.

“We have heard that Tesla is seeking some duty cuts on imports of CBUs. So, that would be very helpful for the OEMs to reach some economy of scale in this very price competitive segment,” Hyundai Motor India MD and CEO S S Kim had earlier told some reporters.

Following Tesla and Hyundai’s appeals, Ola Electric CEO Bhavish Aggarwal tweeted in response, “Strongly disagree with both. Let’s have confidence in our ability to build indigenously and also attract global OEMs to build in India, not just import. We won’t be the first country to do so.”

Meanwhile Volkswagen has also joined Tesla club and called for lowering import duties on electric cars in India to boost demand for clean vehicles. The Indian Electric Vehicle Market was valued at USD 5 billion in 2020, and it is expected to reach USD 47 billion by 2026,