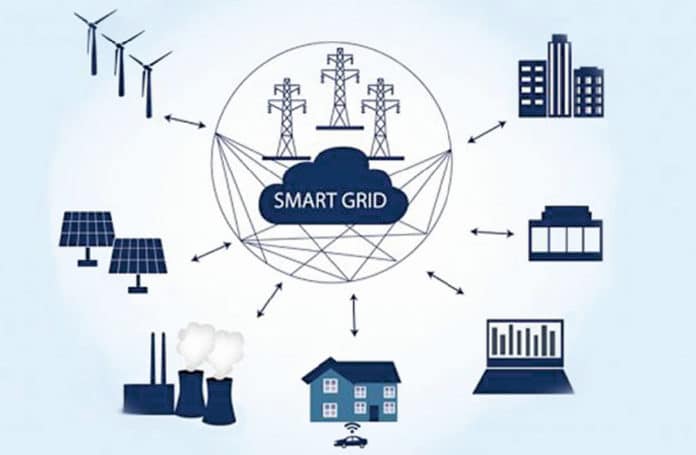 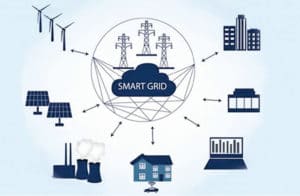 Smart grids are advanced versions of conventional power grids. They have a two-way dialogue system that transforms the way utilities communicate with their consumers. The technology offers improved efficiency and a reliable power supply.

India is the third largest producer and fourth largest consumer of electricity in the world. The country has been facing major issues linked to the loss or theft of electricity during transmission and distribution. According to the Ministry of Power, the total losses from all power distribution companies in the financial year 2018-19 stood at ₹ 270 billion. The Indian government plans to reduce the aggregate transmission and distribution losses from 18.5 per cent to 15 per cent by 2021. Besides transmission and distribution losses, the Indian power industry is plagued with a number of other issues, such as power theft, metering inefficiencies, under billing, etc. In this scenario, India needs to shift to smart grid infrastructure, though the move requires considerable investments. It is essential to make drastic changes to the existing infrastructure through next-generation automation to handle the inadequacies of manual operations. This shift to a smart grid will make the system more efficient, reliable and green. Besides, the utilities will witness reduced capital and operational costs, increased revenue and efficient energy management.

In India, not many people are aware as to how power is delivered to their homes. For smart grids to succeed in India, consumers should be educated about their benefits—how both utilities as well as consumers gain, while contributing to a low carbon economy. Consumers should also be made aware about how effectively they can monitor their energy consumption patterns, and use energy more wisely.

How smart grids make electricity generation more reliable and sustainable
A smart grid is built on advanced infrastructure that supports a variety of new technologies and components, adding up to significant improvements in power supply. Such grids can sense the transmission lines, detect and react to changes in the network, and respond with self-healing capabilities that enhance the reliability and efficiency of power delivery.

Benefits of smart grids
There are multiple benefits that a smart grid offers to utility providers, customers and regulators. These grids allow two-way interaction and data sharing between power generation companies, distribution centres and consumers, even as they facilitate a smooth flow of electricity without interruptions. They result in more efficiency in power management by reducing power losses during both transmission and distribution.

Smart grids make it possible to reduce transmission congestion costs, as well as peak loads and energy consumption. They engage end consumers and make them aware of the constantly changing power demands. When consumers have access to their electricity consumption data, it helps them analyse their power usage patterns. The process helps end consumers to make better informed energy choices, avoid using heavy appliances during peak hours, nor indulge in other unnecessary energy wasting activities. Moreover, with real-time monitoring, utilities are able to understand peoples’ needs and supply the power as per the requirements of each consumer. As a result, power providers are able to manage the load on the plant efficiently, thus reducing operational costs.

Another advantage of smart grids is that they add resilience to the electric power system, and can quickly address any electric outage. Because of the two-way management feature, these grids can electronically send alerts about the location of a breakdown even before the end consumers report it. The grids are fast to detect and contain outages, and minimise the damage when they do occur. They are also much quicker in restoring the power networks to normalcy.

Since smart grids protect the environment with lower carbon emissions, they promote a sustainable future. The best part about smart grids is that they can integrate an increasing amount of renewable energy generated into the grid. Renewable energy sources, such as solar, wind and hydro present various challenges when being integrated into traditional electricity grids because they are often intermittent and unpredictable in nature. For example, solar energy generation is not feasible on a cloudy day, and wind energy requires the wind to blow. Smart grid technology enables the effective management and distribution of renewable energy.

Last of all, smart grids are economical. With automated metering and billing, the need for human intervention is minimal, which eliminates labour costs and improves revenue collection. Also, increased automation and digitisation of the networks help in reducing operational and maintenance costs for grid operators.

The downsides of smart grids
Despite offering potential benefits to utilities and consumers, a smart grid has its own share of disadvantages because of its complex and interconnected nature. It poses a big privacy problem that can lead to security related risks. Smart grids use various intelligent and smart systems that are automated, and share the communication data between the provider and consumer. With increased connectivity in the grid, the networks become more prone to malicious attacks from software hackers. This can spiral into greater problems when non-secure systems are integrated and existing non-secure systems are exposed to an increasingly complex structure of the overall grid system. Criminal actors can easily crack into the grid and gain control of the whole system, getting easy access to the sensitive information of both the utilities and consumers. It is still a huge challenge to protect the grid from cyber attackers, since proper standards and frameworks with regard to connected devices have not been universally adopted or mandated.

The volatility of a smart grid is another disadvantage that needs to be addressed for the sake of stability. Most of the volatility occurs because of a lack of integrated developments. The grid has much intelligence at the entry point and at the end user’s meter, but insufficient intelligence in the middle, which makes it volatile. Besides, with the increased integration of renewable energy generation systems, the grid is experiencing a certain level of volatility and imbalance. The power generated from renewable sources is not predictable, which makes scheduling and managing the grid difficult.

The smart grid market
Globally, the smart grid market is expected to grow from an estimated value of US$ 26.9 billion in 2020 to US$ 28.8 billion by 2021 at a CAGR of 7.1 per cent over the year, according to a report by Research and Markets. The growth of the market is expected to be propelled by the increasing investments in the modernisation of an aging grid infrastructure. Digitisation of the grid by implementing advanced communications technology will fuel the smart grid market further. Smart cities, smart communities, and electric vehicles are also driving this market.

With regard to the Indian power sector, there is a huge requirement for significant investments in smart grid infrastructure. The country is known to have one of the highest transmission and distribution (T&D) loss rates in the world. In some states, the T&D loss rates are reported to exceed 50 per cent, and almost all states have loss rates above 15 per cent. As a result, most of the utilities are not able to recover their costs. Investment in smart grids is a practical approach for utility providers to recuperate from losses and bring about operational efficiencies. This technology will be a step forward to resolve the energy and financial strain that the country and utilities are facing.

To address the challenges, the Indian government has taken various steps to support smart grid development. To modernise the power sector, the ‘National Smart Grid Mission’ was launched by the Indian Ministry of Power in May 2015. There are various smart grid pilot projects sanctioned by the Ministry of Power across India. Despite the challenges faced in the execution of these projects, the government’s commitment to a major overhaul of the Indian power sector by investing in smart grid infrastructure promises positive market growth.