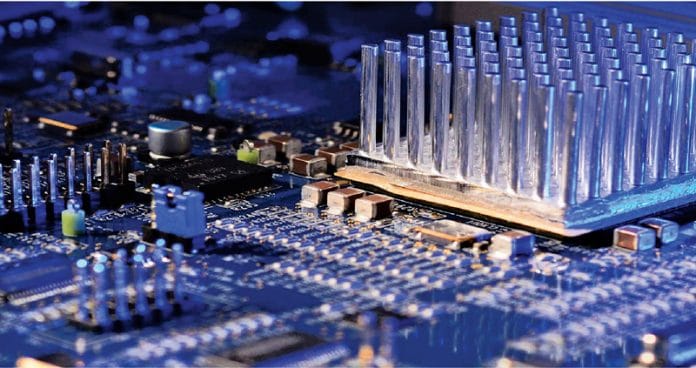 The Indian electronics industry is at the cusp of change. The speed at which Indians are acquiring new products and technologies is a good indicator of the digital revolution sweeping across the country. Ravi Shankar Prasad, minister of electronics and IT, government of India, and Rajiv Kumar, vice chairman, NITI Aayog, are two key figures in the Indian government responsible for the policies for the Indian electronics industry. This article features their thoughts on the trends that will impact this industry, as well as the developments and opportunities that lie ahead.

India’s electronics system design and manufacturing (ESDM) sector is becoming a key driving force for growth, innovation and disruption across multiple sectors. Perhaps nothing proves this more clearly than the widespread use of electronic components and products in the fields of lighting, automotive, communications and much more. Electronics has become a catalyst for change in these market segments, creating demand for products with increased efficiency. In a time span of just three years, the production of electronics hardware in the country has increased from ₹ 1.9 trillion in 2014-15 to ₹ 3.88 trillion in 2017-18. India has also started scaling new heights in the field of digital payments and in the e-commerce sector, which are largely associated with the field of electronics.

Rajiv Kumar, vice chairman, NITI Aayog states that, at present, India is producing electronic products worth US$ 65 billion and there are not too many sectors in the country that have grown at the rate of 26 per cent in a span of four years (2014 – 2018), like the electronics industry has done. In 2018-19, the electronics industry is expected to have even more opportunities to meet the local demand for electronics used in various industries.

Factors in favour of making in India
Currently, for electronics players, India is a huge market, whether it is for refrigerators, washing machines, mobile phones or LEDs. Some of the recently released figures by the government reveal that the size of India’s electronics market has already surpassed that of USA and Europe. Yet, when it comes to manufacturing, India still lags behind China in the mobile phone domain.

Where to invest in the coming days
So far, India accounts for only 3.5 per cent (US$ 65 billion) of the global electronics market, which is about US$ 1.8 trillion in size. The overall Indian electronics industry is projected to grow to US$ 400 billion by 2022 at a CAGR of 24.4 per cent.

Ravi Shankar Prasad, minister of electronics and IT, government of India, foresees three areas of tremendous growth in the field of electronics manufacturing over the next three to five years. According to him, “The government is working on the field of medical electronics and has extended the same benefits to the segment as it has to the traditional electronics sector in the country.” The minister confirms that with the growing necessity for state-of-art hospitals and medical colleges, the demand for quality medical electronic products is going to scale up rapidly, so the electronics industry needs to look at the big opportunities in this segment.

The second area of interest and investment that Prasad highlights is the defence electronics sector. Currently, around 60 per cent of defence manufacturing involves electronics. The third investment magnet, Prasad affirms, is automotive electronics, in which India already has a strong presence. This sector will offer excellent opportunities for the electronics industry as cars get more ‘smart’.

Kumar of NITI Aayog agrees, and adds that the arrival of connected mobility and IoT will open up the doors for even more expansion. He believes that the Indian telecom sector, too, could become a major game changer in the country. He feels that it is very essential for the Indian industry and the government to make time-bound plans for these four promising sectors. “There have to be separate sector-specific targets along with separate export targets for each sector,” says Kumar. He also believes that emerging technologies like the Internet of Things (IoT), robotics and artificial intelligence (AI) are going to play significant roles in the development of the Indian electronics industry.

Challenges to overcome
The onset of the transformative wave churning up the Indian electronics industry has been accompanied by many initial hiccups, which if not looked into at the right time, might lead to India missing the bus altogether. Prasad points out one area of concern that needs immediate attention—the major gap in the research and development (R&D) sector, which needs to be bridged at the earliest. India has matured from mere assembling of products to manufacturing also. Though the process has been slow, nevertheless, new institutes have been set up and incentives been given—but the need of the hour is for industry players as well as the government to give a boost to R&D activities in the country.

The minister adds, “In terms of human resource creation, tapping the enormous talent that the Indian youth possesses and, at the same time, skilling them up accordingly continues to be a major challenge and needs to be worked upon at the earliest.”

However, Kumar points out that the Indian electronics industry is far too fragmented, which is reflected by the number of electronics associations spread across the country. He dreams of electronics working in conjunction with other verticals and not being treated as an individual sector. “In India we do not have the culture of nurturing our vendors as seen in countries like South Korea or Japan, and hence this needs to be worked upon by the Indian industry,” he says.

He asserts that the Indian electronics industry needs to build a real competitive advantage over other countries in the world, and it’s the Indian OEMs that are best equipped to lead in this direction. Also, the tussle between the MNCs and the domestic players needs to come to an end and the two must learn to work together as long as they are producing in India – this would benefit both.

Corrective measures
The Indian electronics industry has picked up pace a little late. It’s high time that the industry comes forward and starts speaking in one voice. A recent Frost & Sullivan report (‘Success Stories in Electronics Manufacturing’) highlights that several Asian countries like Japan, Korea, Taiwan, China, Vietnam and Thailand have enjoyed double or triple digit growth in GDP because of the growth in electronics manufacturing, which has happened because of the right policies. India, unfortunately, opened up to ITA-1 and WTO much earlier than was required. Today, the Indian industry is ready for the challenges presented by both these trade agreements but, two decades ago, when they came into effect, local firms struggled to survive, closed down and a lot of manufacturing opportunities were lost, leading to mere value added trading going on in India.

The report says that for the assembly of cell phones, the recent duty differential that was given by the Indian government has resulted in some real successes. Imposing a 20 per cent duty rate even for a short period of time was exactly the recipe the industry was looking for, though a lot of economists were not in favour of such a move. But this has helped a lot of cell phone companies and component manufacturers to come into the country and set up their manufacturing bases on Indian soil. A similar bold step is required to deepen the value chain of the ESDM sector, is what Prasad believes.

Kumar is of the opinion that in terms of the technology spectrum, India is still just a beginner in the game. According to him, India needs to have some solid export targets for the next five years and once these are achieved, the rest will fall into place slowly. To become a US$ 400 billion industry in the next five years requires strong policy intervention.

Electronics manufacturing cannot be done in isolation, and needs to be part of a larger strategy planned under the leadership of the current government. The Indian electronics industry’s aim is to bridge the gap between the digital ‘haves’ and ‘have-nots’. So it is the active participation of more players, smarter investments and partnerships, along with further proactive support from the government that will steer India towards becoming a global electronics manufacturing giant.