To get their expectations fulfilled in the upcoming interim Budget 2019, the Electronic Industries Association of India (ELCINA) recommended more focus on promoting investments in electronic component manufacturing and investment promotion in high-value-added manufacturing segments such as components (PIEMEC Group), PCB’s, ATMP in semiconductors and EMS. 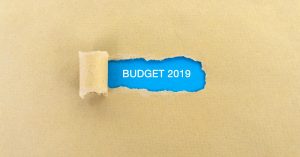 ELCINA said, “MSMEs must have a specific mention in this budget as they are not getting benefits under current MSME Act definition which defines a very low investment limit of only up to Rs 10 crore for medium scale enterprises.”

Further to kick start the export of electronics from the country, and also attract large domestic and foreign investments in the sector, it recommended support for export via 200 per cent deduction of trade fair expenses to grow this industry and focus on exports. The association stressed that this support from the government is crucial, especially for MSME’s.

ELCINA in its pre-budget recommendation said that they are recommending 200 per cent as the total expenses for a trade fair are about double the amount paid to the organizers for space and construction.

In its pre-budget proposal, ELCINA recommended that Value Added Manufacturing Scheme (VAMS) should be announced in line with MSIPS for high value addition segments such as components, PCBs & ATMP by providing direct investment subsidy.

This is recommended through Interest Subsidy on Term Loans and Working Capital Credit, Direct Tax benefits through lower corporate tax rate and subsidies for Employment generation and Skill Development, it added.

The association said that it is recommended that the lower rate of income tax is made applicable say 15 per cent for all manufacturers of ITA-1 products and components. For the association believes that this will be WTO compliant which may not be the case for direct export benefits such as MEIS.

It further recommended that the consignment based permission for the import of raw material should be abolished and yearly permission should be reinstated so that manufacturing in the country do not suffer.

With regard to customs, the electronics association recommended that gold bonding wires for the manufacture of semiconductor components should be allowed at zero duty under end use certification and DGFT license on the same should be waived.