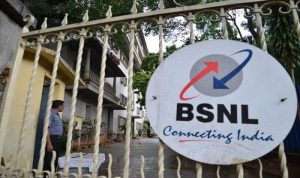 Bharat Sanchar Nigam Limited (BSNL) has proposed two models for sourcing telecom equipment for installing the same across different sites in India. Financial Express reported that the proposal looks inclined towards providing a fair play to both India and Foreign-based telecom equipment providers.

The state run company, as part of the first proposal, has suggested that floating a tender divided into two parts. One of these two parts, can consist of expression of interest (EoI) for 50,000 sites reserved for Indian telecom equipment companies, while the other can consist of 50,000 sites reserved for foreign companies like Nokia and Ericsson. Further to enable competition, the Indian companies that succesfully complete these trails, can then be allowed to take part in the technical evaluation under the part B of the same tender.

The second options included reserving one zone, out of the four, for India telecom equipment companies. Doing the same, as per BSNL, will help Indian companies grab more share in the procurement order. The Ministry of Communications had earlier rejected the offer of BSNL to use telecom equipment from the likes of Nokia and Ericsson. The same might have helped in fastening the launch of commercial 4G services by BSNL.

BSNL had also previously noted that a lot of companies in India had said that they would be needing aound six to eight more months for the successful completion of 4G trials. There were rumors in the market that the governmet of India was considering banning the likes of Huawei and ZTE from competing in the process of tenders floated by BSNL.

BSNL had earlier notified that it will be testing the quality of telecom equipment manufactured by Indian companies before letting them participate in the upcoming 4G tender. The state-run telecom firm had floated a 4G tender back in March 2020. The same was cancelled on account of multiple reasons including allegations by India manufacturers that BSNL was incined towards foreign firms.

“Only the bidders, who get themselves registered through this EoI, shall be eligible to participate in the upcoming 4G tender of BSNL…if any Indian registered company meets all the eligibility conditions including technical proven-ness of the equipment, then such companies shall also register for the upcoming tender as per the provisions of this EoI,” had read a notice by BSNL.

BSNL employees, as per several media reports, had criticised the government for forcing the company to purchase telecom equipment from India-based manufacturers. The employees have called equipment manufactured by these as sub-standard.

The telecom firm, in January 2021, was planning to float tender for procuring equipment for 57,000 sites for 4G services. The exact details of the same are yet to be confirmed by the company. A registration fee of Rs 5.9 lakh is applicable for the EoI.

Indian companies, as per the notice, should have their own intellectual property right of the core equipment. The rights to modify source code of the equipment should also be there. Domestic telecom companies, with financial turnover of Rs 2,500 crore in the last three financial years or calendar year, are eligible to participate in the EoI.

The value of telecom equipment industry in India is around Rs 12,000 crores. While the industry comprises of likes of Ericsson, Nokia and Samsung, China-based players account for a fourth of the same.