One way of encouraging a country’s manufacturing ecosystem is by giving local players subsidies and tax rebates on manufacturing ingeniously. The other could be curbing practices and putting higher duties on components or products imported from other countries. However, the best way to do the same, might simply be maintaining better connections with small business!

It is a known fact that the likes of Banggood and Aliexpress, both headquartered in China, have been sending a lot of personal gifts falling inside the Rs 10,000 bracket over the past many years. Now, the official website of Mumbai Customs explains bonafide gifts up to a value limit of Rs 10,000, imported by post, as exempt, from basic and additional customs duties. This simply means that an individual can receive gifts worth Rs 10,000, and any organisation can order samples up to Rs 10,000, without paying any additional duties on them.

But what if these gifts or samples worth Rs 10,000 were enough for driving their line of business for a good amount of time?

“Right now, many people individually order small personal and commercial parcels from China as gifts and avoid duties to get them cheaply in India. Local businesses in India can’t compete with the prices as they have to pay duties, especially small businesses. If this ban gets implemented, people will have to pay duties on small parcels. So, they will be forced to buy more from local businesses as it would cost the same to them after importing,” said a Macfos spokesperson explaining the possible aftermath, if in case the government cements the proposal to add duties for importing gifts from China!

The secret has always been open

This secret of people and companies importing gifts and samples under Rs 10,000 has been wide open in the market. Yet the focus never turned towards the same, till recently, as the number of these small packages (Small in price not in size) may not have been that alarming to the government.

“China-based business like Banggood and Aliexpress are sending huge number of small shipments marked as gifts to India. Moreover, the government was also focusing on big shipments as the opportunity to generate higher revenue in duty is also on the higher side,” added Macfos spokesperson.

“Recently, the government may have realised this huge potential of earning from these small parcels as well. As said earlier small parcels have increased a lot in numbers,” continued Macfos spokesperson.

Win-win for government and local players

While some would argue that this move by the government may have been too late, others would agree in the saying – better late than never! More or less, only a few would be concerned about carving out ways of making sure that something similar does not get repeated in future. It is a fact that for a country to grow, its local manufacturing abilities need to grow, and its dependence on imports needs to go.

“The move, if implemented will help small businesses grow as they will have more customers buying locally. Government should also expect a substantial rise in duty amount collected. However, individual customers may have to bear this high price, partially due to duties, and partially due to profits added by businesses in India,” shared Macfos spokesperson.

About making sure that this does not get repeated in the future, the government may want to look into developing and maintaining better connections with small business owners. These connections, as explained by Macfos, can furnish the government with information about what’s happening on the ground on a real-time basis. This, in turn, might help in curbing loopholes in the law, if any.

Can’t people and companies import these from other countries

A lot of people and companies prefer getting these gifts and samples from China because the prices involved are on the lower side. Additionally, countries like Japan and USA have comparatively higher product costs than China, and the shipping costs involved are usually on the higher side too.

“Main source of such gifts is China. This due to cheap product costs and negligible shipping costs. Other countries either have high shipping costs, and/or high product cost. Hence, it won’t matter much,” added Macfos spokesperson.

The spokesperson added, “Still a check is required on gifts coming to India from these countries.”

“All electronic distribution companies will see some positive impact of this. People will be opting to buy more from the local players as they don’t have any cost advantage while importing,” the spokesperson said.

He added, “But, it will not be challenging. It will be a small cost added to the overall business, something which most businesses can absorb.” 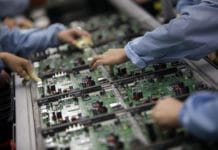 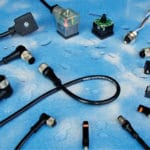