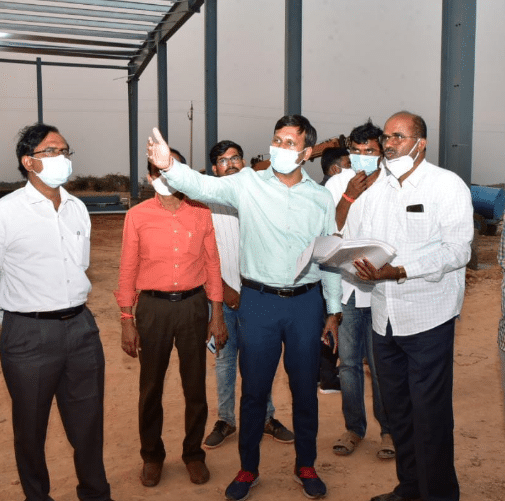 YS Jagan Mohan Reddy, chief minister, Andhra Pradesh, is likely to inaugurate the upcoming Kadapa electronics manufacturing cluster in July 2021. The government of the state has already constructed three buildings in the cluster.

It is estimated that the project will be built using a corpus of Rs 784 crore. The central government has already cleared funds worth Rs 350 cr for the same.

The government of Andhra Pradesh is expecting to attract investments worth over Rs 10,000 cr for this EMC. The three buildings that have already been constructed, can be used by big companies to house machinery. Spread over 350 acres, Andhra Pradesh Industrial Infrastructure Corporation (APIIC) is said to have readied the layouts where companies can start construction right away.

It is worth mentioning here that Reliance India Limited has given back the land it was allotted to setup a set-top box manufacturing unit to APIIC already. The company noted no need for it to setup such a unit at the moment as the reason behind returning the land to the authorities. A news report mentions that RIL had planned Rs 15,000 crore investment for the project.

Andhra Pradesh Industrial Infrastructure Corporation officials confirmed that Reliance had given back the land and the process of returning the money back to RIL has been initiated. The current chief minister might be keen on opening this EMC as soon as possible as it is located in his home district.