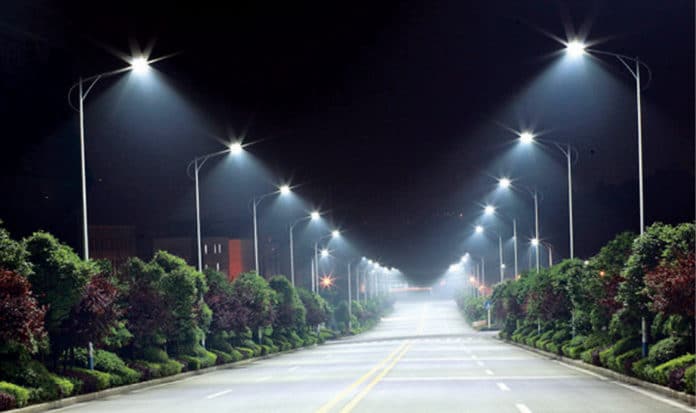 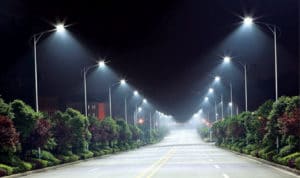 In the past couple of years, the demand for LED lights has grown exponentially. As LED technology has numerous benefits over conventional lighting, it has gained immense traction in both the Indian rural and urban lighting markets. This growth has also been enabled by various government initiatives as well as the increased public awareness about energy-efficient products. This massive shift in technology from electrical to electronics offers immense growth opportunities for emerging companies to provide the solutions, products and components used in LED lighting.

Against the backdrop of resource scarcity and climate change, governments from various countries are taking urgent steps towards energy-efficient lighting technologies. North America and Europe were the first regions to completely ban the use of conventional lighting, leading to a huge growth of LED fixtures and lighting across those continents.

According to market researchers, the Indian LED market is still developing, but it does offer sufficient opportunities for manufacturers to consider opening factories in the country. The improved ease of doing business, cheap and skilled labour, and the demographic advantage provide the ideal environment to operate an LED business. According to a new report published by IMARC Group, the Indian LED lighting market was worth US$ 2.1 billion in 2018, having grown at a CAGR of 47 per cent during the period 2011–2018.

“In the coming few years, the LED industry will evolve towards human-centric lighting. There is increasing awareness about the essence of ‘having the right lighting for the right moments’. The need for human-centric lighting will be met through tunable (shades of white and multiple colours as well) and dimmable solutions, as well as connected lighting solutions. The latter have the ability to control lights through smart devices (in-home and out-of-home),” says Vikas Gandhi, head and senior VP, lighting and premium fans, Usha International Ltd.

The Indian LED market
In 2018, the demand for energy in India grew by 4 per cent, which outpaced the global growth rate of 2.3 per cent. With consumption of electricity on the rise, the demand for an environment-friendly and cost-effective lighting solution is also increasing. Hence, in recent years, LED lighting has started to penetrate the mainstream general lighting market across India. According to 6Wresearch, the Indian LED lighting market is projected to grow at a CAGR of 23.6 per cent during 2019-25.

Several government schemes such as Unnat Jyoti by Affordable LEDs for All (UJALA) and Street Lighting National Programme (SLNP) remain the biggest demand drivers for the LED lighting market in India. The aim of such initiatives is to increase awareness among consumers about the benefits of LED bulbs over conventional lighting sources such as incandescent bulbs, CFLs and halogen lights. For instance, under the SLNP, the government’s aim was to replace over 13.4 million conventional streetlights in India, of which, around 10.4 million had already been replaced as of November 2019.

North India accounts for the largest revenue share in the overall Indian lighting market, followed by south India. With several infrastructure projects coming up across the residential, industrial and commercial domains in several parts of the country, the demand for LED lamps and luminaires is projected to witness significant growth over the coming years.

6WResearch has also stated that India’s LED lighting and fixtures market is projected to reach US$ 7.7 billion by 2025. Breaking up this market into sub-categories, LED lamps accounted for the highest volume share in 2018. However, in terms of revenue, LED fixtures captured the biggest share of the market owing to their high cost compared to LED lamps. The research firm further mentioned that in recent years, the prices of LED lamps witnessed a significant decline, while the demand for lamps increased because of growing consumer awareness.

Another area of growth for India’s LED lighting industry is outdoor applications, which captured a 36 per cent share of the market in 2018 and is expected to grow 38 per cent by 2025. The increase in demand for LED lights in outdoor areas is driven by the government’s streetlight replacement drive.

India’s commercial sector, which includes retail, hospitality, office spaces and healthcare, accounts for the highest revenue share in the overall LED lighting and fixtures market. With the buoyant supply of new office spaces in metros such as Bengaluru, Noida, and Chennai, the demand for LED lighting and fixtures is expected to grow at a fast pace. Also, the startup culture in India continues to be strong, with more than 1,200 new tech startups launched in 2018 alone. This has led to the growth of small offices and home offices (SOHOs), claim sources in the Union Ministry of Power. The hospitality sector is also expected to grow due to escalating international and domestic tourist traffic, which will supplement the growth of LED lighting and fixtures in the years to come.

Smart lighting solutions
Smart lighting is a way of providing lights in an automated and controlled manner. The technology is cost-effective, and lights are switched on or off depending on the occupancy, ambient light, humidity and temperature. There are also smartphone-controlled lighting solutions that have a Bluetooth connected bulb. These solutions offer music sync, instant alerts, timers, connection with up to seven bulbs at a time, etc.

Smart workspaces and homes are getting popular across India. Several leading companies are launching smart LEDs that are Wi-Fi connected and provide multiple functions such as voice control, warmth, colour and brightness of the connected bulbs. Li-Fi or light fidelity is an emerging technology that will become popular in the years to come. With Li-Fi, LED lamps will be specifically used for high speed data transmission. All these developments bode well for the LED lighting market in India.

Government initiatives
Street Lighting National Programme (SLNP): This initiative was launched by the government owned Energy Efficiency Services Limited (EESL) back in 2015. It formed an alliance with local municipal bodies, as well as state and urban local bodies with the aim to replace all conventional streetlights with sophisticated LED bulbs. EESL acts as the major investor with no upfront investments from the local municipal bodies. It has installed around 10.3 million smart LED streetlights across the country, resulting in approximate energy savings of 6.97 billion kWh annually. Apart from saving energy, these installations have helped to generate around 13,000 jobs.

Unnat Jyoti by Affordable LEDs to All (UJALA): The UJALA scheme was launched by PM Narendra Modi on May 1, 2015. It replaced the Bachat Lamp Yojana, which was an earlier initiative of EESL, and aimed to promote the efficient use of energy for all. This scheme is considered the world’s largest such programme. Under the UJALA scheme, LED bulbs are being distributed by the state discoms at subsidised rates to every grid-connected customer with a metered connection. About 361.3 million LED bulbs have been distributed throughout India under this scheme.

Highlighting the government’s initiatives, Dinesh Gupta, founder, DG Energytech, says, “The government has taken many initiatives to promote this industry so that it generates more employment and stands tall in the international LED lighting market. But it should also make sure that the MSMEs can easily take part in government tenders. Moreover, MSMEs should get their dues from the government in a prompt and hassle-free manner for this sector to develop.”