The telecos urged DoT to update the NFAP since the absence of crucial waves would make the 5G deployment costs rise in multitudes, making the ultra-fast wireless broadband services exorbitant 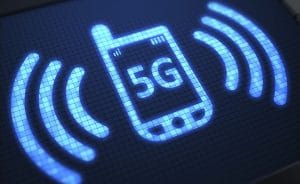 The Department of Telecommunication (DoT) is preparing to earmark another round of 5G spectrum bands in the run-up to the upcoming public auction, in compliance with the telcos’ call to increase the supply of airwaves for the next-gen technology which will cut the cost of rollouts, subsequently lowering consumer pricing.

As per a report, senior industry officials have mentioned the possibility of the department disclosing a revised spectrum policy document including spectrum across the sub-1 Ghz, 1-6 Ghz, and millimeter-wave bands (above 6 Ghz) that can make up India’s updated National Frequency Allocation Plan (NFAP).

The lack of 5G bands, which include pivotal millimeter waves, like 26 Ghz and 28 Ghz, has led the telecos to urge DoT to update the NFAP since the absence of said waves would make the 5G deployment costs rise in multitudes, making the ultra-fast wireless broadband services exorbitant.

Previously, the Department of Space (DoS) had opposed the deployment of airwaves in the 26 Ghz band for 5G services, citing interference between satellite and 5G mobile networks as a major problem. The telecos has since dismissed these claims, saying that both services can co-exist without hampering any coverage.

The report cited another official warning that while the inclusion of mmWaves in the updated NFAP is crucial, if reservations of these airwaves are made for government agencies, this could potentially hinder 5G deployments in India.