It is crucial to know city-level requirements before designing a business model for viable adoption of EVs on a bigger scale.

The initiative of deploying electric vehicles (EVs) commercially has gained a lot of momentum in the past few years in India. Because EVs use an electric motor instead of an internal combustion engine, there are no exhaust emissions, which reduce their environmental impact. The motor is powered through a battery pack that needs charging from time to time. Charging time varies according to type of charger and battery.

The bigger vision behind this push is to catalyse the development of smart and sustainable cities, a necessity for the nation’s growth in today’s era. Hence, it is crucial to know city-level requirements before designing a business model for viable adoption of EVs on a bigger scale. Incentives and policies of the government, both at the Centre and state, can increase the trust of both manufacturers and consumers.

One such example is Nagpur, which was amongst the first cities to implement smart city projects. In May 2017, the government of Maharashtra launched the first multi-modal electric mobility pilot project in Nagpur in collaboration with private manufacturers. Under this project, Ola launched a fleet of 200 EVs, primarily buses, taxis and e-rickshaws. Four charging stations having 53 charging points were also set up in the city to power these vehicles. The company catered to over 350,000 customers, covering more than 7.5 million clean kilometres.

The result was over 570,000 litres of saved fuel in addition to carbon emissions reduction by over 1230 tons during the period. Based on the findings of the project, in 2018-19, Ola’s in-house policy research and social innovation unit, Ola Mobility Institute (OMI), released a report titled ‘Beyond Nagpur: The Promise of Electric Mobility’ mentioning its recommendations to promote electric mobility.

Considering such different factors as Indian weather conditions and varying customer charging behaviours, the study found that sales of four-wheelers were low due to unavailability of charging infrastructure, low range and uncertain performance of such vehicles despite low operating costs. More people travelled by public transport compared to four-wheelers, suggesting that focus needs to be on usage of shared, public and commercial EVs.

Also, batteries are not fit for automotive use after reaching sixty to seventy per cent of their rated capacity. It was realised that although preference should be given to lithium-ion battery swapping over installation of charging stations initially, stringent policies are required for sustainable management of end-of-life EV batteries. Utilisation of renewable energy for powering EV infrastructure can further reduce the environmental impact. The company plans to deploy one million EVs for a daily commute across cities by 2022.

There are hundred Indian cities that are a part of the smart cities mission. In Ahmedabad, the first fleet of electric buses along with the country’s first automated battery charging and swapping station for these buses was inaugurated in 2019. The buses have automatic door sensors that prevent them from moving if doors are open. Out of 550 electric buses planned for Gujarat under Faster Adoption and Manufacturing of (Hybrid &) Electric Vehicles (FAME) India scheme, the city alone has a share of 300 buses.

In a recent list released by Union Ministry of Housing and Urban Affairs, Nagpur and Ahmedabad were among the top three cities to implement smart city projects in 2019. Globally, many cities, including Amsterdam, New York, Singapore, London, Seoul and Hong Kong, have already implemented numerous smart solutions at a large scale. By incorporating the required changes while replicating the EV model in other parts of the country, India can have a financially-viable, zero-emission, hassle-free transportation system in the future. 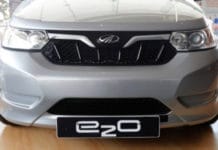 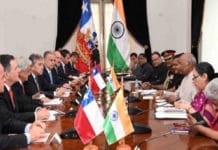 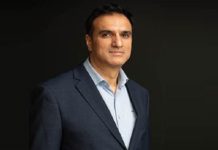