Volkswagen has announced Rs 8,000 crore investment for development of products in India in the next five years. 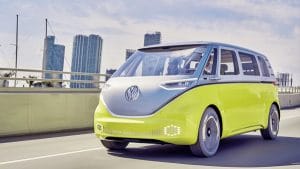 India does not have a “clear vision” and “ecosystem” in place for the promotion of electric cars, Director of Volkswagen Passenger Cars (India) Steffen Knapp said at an event in Ahmedabad.

He also suggested that the government should provide subsidies to make the electric vehicle (EV) segment attractive for the industry to invest in India.

Knapp was in the city to mark the company’s 10 years of association with Automark Motors, one of carmaker’s leading dealers.

Talking about the requisite infrastructure for EVs in the country, he pointed out that there is no clear policy or standardisation with regards to charging stations. He informed that industry representatives are in talks with the government regarding the same and things are in process.

The German auto major is planning to launch around 70 EV products in coming years.

According to Knapp, the company has already announced Rs 8,000 crore investment for development of products in India in the next five years. The first product will come out in 2020.

He also said that the company will set up a development centre at Chakan near Pune, which already has a manufacturing facility.