This is the first such sequential drop in provision provided by the government since the launch of the FAME scheme. 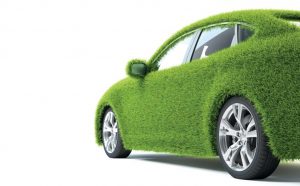 The Centre has cut down subsidy on electric vehicles for the next financial year by 25 percent to Rs 195 crore, according to Union Budget 2019 documents.

Subsidy for the current financial year is Rs 260 crore. The Faster Adoption and Manufacturing of Hybrid and Electric Vehicles (FAME) scheme was launched nearly four years ago. Since then this is the first such sequential drop in provision provided by the government.

In a recent report Moneycontrol reported that while the government had kept aside Rs 260 crore as subsidy for the current financial year (2018-19) it was revised downwards to Rs 145 crore.

Only this year there was a significant drop in budget for subsidy. The revised budget of Rs 145 crore was 44 percent lower than the earlier budget of Rs 260 crore announced in the year 2017-18.