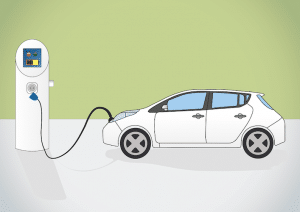 According to the organization, lithium-ion batteries used to power electric cars and electronics, are tainted with human rights abuses and environmental risks which could undermine their green potential.

“Finding effective solutions to the climate crisis is an absolute imperative, and electric cars have an important role to play in this. But without radical changes, the batteries which power green vehicles will continue to be tainted by human rights abuses,” said Kumi Naidoo, Amnesty International’s Secretary General.

“The massive global corporations that dominate the electric vehicle industry have the resources and expertise to create energy solutions that are truly clean and fair, and we are challenging them to come back to Oslo next year with proof of real progress. With demand for batteries soaring, now is the time for a drastic overhaul of our energy sources that prioritizes protection of human rights and the environment,” he added.

Amnesty International has documented serious human rights violations linked to the extraction of the minerals used in lithium-ion batteries, particularly in the Democratic Republic of Congo (DRC).

A 2016 investigation found children and adults in southern DRC working in hand-dug cobalt mines facing serious health risks, neither protected by the government nor respected by companies that profit from their labour. Amnesty’s research has linked these mines to the supply chains of many of the world’s leading electronics brands and electric vehicle companies.

Despite projections that the demand for cobalt will reach 200,0000 tons per year by 2020, no country legally requires companies to publicly report on their cobalt supply chains, it noted.

The environmental impact of producing batteries is another concern raised by the organisation. Most of the current manufacturing of lithium-ion batteries is concentrated in China, South Korea and Japan, where electricity generation remains dependent on coal and other polluting sources of power.

This indicates that there is a need to reduce carbon footprint within the manufacturing phase.

Meanwhile, the rising demand for minerals like cobalt, manganese and lithium has led to a surge in interest in deep-sea mining, which studies predict will have serious and irreversible impacts on biodiversity.

Amnesty International is also calling on companies to ensure that batteries are disposed of responsibly. It pointed out that battery waste from electronics, which contains various hazardous materials, has been irresponsibly disposed of, contaminating soil, water and air.

“Every stage of the battery lifecycle, from mineral extraction to disposal, carries human rights and environmental risks. We need to change course now, or those least responsible for climate change – indigenous communities and children – will pay the price for the shift away from fossil fuels. The energy solutions of the future must not be based on the injustices of the past,” said Kumi Naidoo.

Amnesty is calling for action by government, industry, innovators, investors and consumers to create an ethical and sustainable battery, which can be used for electric vehicles and in the electronic industry, within five years.

The organization is collaborating with Greenpeace USA to identify and map human rights and environmental impacts throughout the battery lifecycle, including critical points of intervention need to produce an ethical battery.