Intense competition among cellphone manufacturers is driving down the price of cellphones, which is helping in increased penetration across India. Smartphones are expected to outrun feature phones in the country. 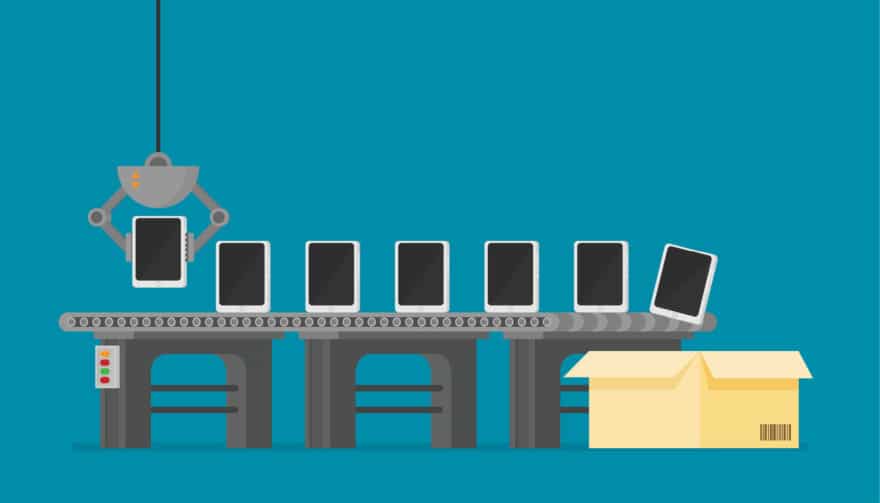 The Indian mobile handset manufacturing market, including smartphones and feature phones, is ever increasing. According to India Brand Equity Foundation (IBEF) knowledge centre, India is the second largest cellphone manufacturing hub after China. With the current pace, it is expected to overtake China in the next few years as India’s mobile handset market will grow nearly five times faster than the world’s largest smartphone market, China, where growth has decelerated.

According to International Data Corporation’s (IDC) Asia/Pacific Quarterly Mobile Phone Tracker, India’s smartphone market saw the highest ever second quarter shipment of 36.9 million in 2019, with 9.9 per cent year-on-year (YoY) and 14.8 per cent quarter-on-quarter (QoQ) growth. A total of 69.3 million cellphones were shipped to India in the second quarter of 2019, which was up 7.6 per cent over the previous quarter.

The burgeoning mobile handset market in India presents an attractive opportunity for manufacturers. Most of the global corporations are looking at India as a regional hub for manufacturing and sales, to cater not only to the Indian market but to the SAARC, the Middle East and African markets as well. The government of India’s recent notification on Phased Manufacturing Programme (PMP) to promote indigenous manufacture of cellular handsets has provided a fresh impetus to this sector.

According to Indian Cellular & Electronics Association (ICEA), the manufacturing of cellphones in India has grown in the past few years as total production of cellular mobile handsets in volume terms reached 225 million units in 2017-18, as compared to the production of sixty million units in 2014-15. This increase in volume gives a fair idea about the mobile manufacturing industry in India.

Reportedly, the potential of mobile devices manufacturing in the country is expected to grow, and is expected to be at US$ 230 billion by 2025. It is anticipated to become an export-inclined industry by then. The industry will create 4.7 million opportunities with respect to jobs in India.

India’s large domestic market is an attractive option for global manufacturers looking for an alternative market. In China, widespread design and manufacture of low-end electronics seems to be drawing to a close as cost of engineering and labour is steadily rising. On the other hand, India has a high availability of skilled manpower at much lower wages.

Mobile manufacturing in India is growing. Today, India has 268 manufacturing units of cellphones as well as accessories, as against only two units found in 2014. This accounts for the fact that 95 per cent of total mobile handsets sold in the country are made in India. This is one industry where Make in India drive is working wonders. According to a study conducted by IIM Bangalore (IIM-B) and Counterpoint Research, the market share of locally-manufactured cellphones (versus imported) is estimated to reach 96 per cent by 2020 (Fig. 1).

Introduction of various policy incentives such as PMP and the presence of huge domestic demand will help promote domestic manufacturing of cellphones by providing tax relief and other incentives on components and accessories used for these devices.

However, the level of maturity in manufacturing realised till date is restricted to manual semi-knocked-down (SKD)-level assembly. True local value addition in manufacturing and sourcing components is still not satisfactory (Fig. 2).

India can truly emerge as the mobile manufacturing hub of the world only if domestic value addition (which includes local sourcing, assembly, etc) can reach at least fifty per cent within the next few years. It is worth mentioning here that localisation of components in China is more than seventy per cent.

Huge domestic consumption and policy reforms, such as effective duties on key components along with attractive incentive structures, will drive domestic value addition through component sourcing as well as create a demand for electronics manufacturing services in India. The IIM-B and Counterpoint joint study estimates that local sourcing of level A components and sub-components as well as localisation of assembling/manufacturing services will result in greater value addition—more than thirty per cent by 2020, with a potential to grow to as much as fifty per cent thereafter (Fig. 2). This will result not only in significant savings in foreign exchange and in creating over a million direct and indirect jobs but will also boost the entire ESDM ecosystem.

In the next five years, greater investments in industrial design, PCB design and SMT line assembly would help drive this growth; although, many of the major silicon components will continue to be sourced from overseas. However, complete localisation of major sub-components—chargers, batteries and cameras—can be made possible soon.

Large multinationals are choosing India as their secondary manufacturing base apart from the one they have in their respective nations and China. Not only this, India has also become the point of transport for such companies to African and other Middle Eastern countries. This has been made possible due to the logistics edge that India offers. All these factors are making big companies think about India and influencing market trends pertaining to cellphones.

Intense competition among cellphone manufacturers is driving down the price of cellphones, which is helping in increased penetration across the country. Smartphones are expected to outrun feature phones in India. 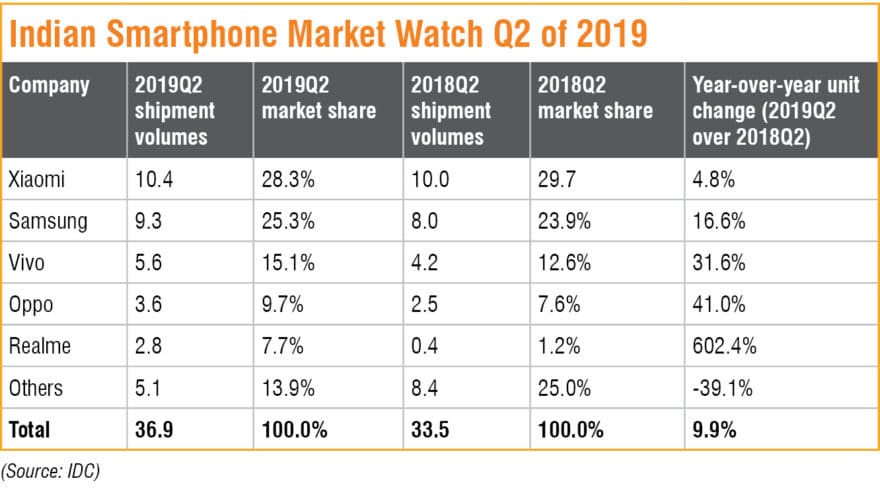 According to an IDC report, the Indian smartphone market has registered the highest second-quarter shipments in the second quarter of 2019 (shown in the table above). “Despite efforts towards multi-channel retailing by almost all vendors, the online channel continued its growth momentum fuelled by multiple new launches, attractive offers and affordability schemes like EMIs/cashbacks. This resulted in YoY growth of 12.4 per cent for the online channel with an overall share of 36.8 per cent in the second quarter of 2019,” says Upasana Joshi, associate research manager – client devices, IDC India.

Overall market average selling price (ASP) stood at US$ 159 in the second quarter of 2019 with 78 per cent of the market below US$ 200 price segment. However, the fastest growing segment was the US$ 200 to US$ 300 one with 105.2 per cent YoY growth. This was mainly due to demand from customers looking to upgrade, additionally fuelled by China-based brands that are bringing innovations and flagship-like designs at mid-price segments.

Joshi further adds, “The US$ 400 to US$ 600 was the second-fastest-growing segment with 16.3 per cent YoY growth in the second quarter of 2019. OnePlus led this segment with 63.6 per cent share at the back of its newly-launched OnePlus 7 series.

“In the premium (US$ 500+) segment, Apple overtook Samsung for the leadership position with an overall share of 41.2 per cent in the second quarter of 2019 as iPhone XR demand saw an uplift after the price drop and aided by heavy promotional activities.”

From a technology perspective, the market will be defined by such emerging trends as:

These trends have the potential to take the Indian market to the next level.

Challenges at a glance

Despite being referred to as an emerging industry, the mobile manufacturing market has some challenges and bottlenecks. Some of these are as follows:

Inclusion of manufacturing value added (MVA) feature by domestic manufacturers is comparatively low. This could be because they have to import a major part of the components used in manufacturing. There has been a rise in cellphone companies entering the Indian market. Combining this with manufacturers’ dependency on import, manufacturing of components and equipment under Make in India initiative is crucial, and must receive some support and encouragement from the government.

Lack of investment in R&D

Patent holders of indigenous mobile technology do not believe in investing money in R&D as they feel that they do not get good returns. R&D is necessary for any industry to grow.

Manufacturers have also voiced concern over high claims with respect to the royalty applicable on using licensed technologies. Though smartphone sales have increased in volume, as well as in value, royalty generated by patent holders remained unchanged. Mobile manufacturers think that the cellphone sector needs more consideration within Make in India campaign by the government of India to enhance the role of the manufacturing segment to the country’s GDP.

Lack of a component ecosystem

With so much being done to boost the manufacturing industry in the country, India still has a long way to go in terms of producing world-class components. One of the main reasons cited by industry players is the ten per cent duty levied by the government on PCBs, which is making the road ahead difficult to establish a manufacturing unit in the country.

Many non-electronics as well as electronics components are required to make a smartphone complete. Out of these, the primary and most vital component is the main board apart from sensor flex. These make up for 58 per cent of the total cost of materials used in making a phone. The remaining 32 per cent of the billing comes from display, camera and battery. A major part of these important components is imported from other countries. These components have almost no contribution to the manufacturing industry in the country.

Due to the lack of a balanced ecosystem with respect to electronics component manufacturers in the country, India looks towards China for imported components and spare parts.

Inverted duty arrangement in India is a major drawback for cellphone manufacturers in India. As per this structure, the import duty levied on the final product is low in comparison to that imposed on spare parts and components required to make cellphones. This gives rise to the situation wherein domestically-manufactured devices are uncompetitive in comparison to imported, big-brand devices. Hence, they struggle to make their mark in the market or beat the competition to find a place, and share in the mobile market. 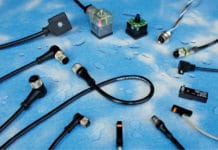 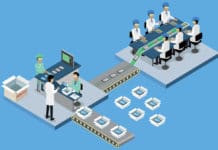 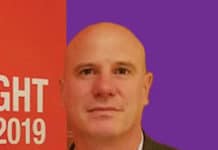