Home Exclusive The Number Of Global 5G Mobile Connections Will Cross 1.7 Billion In... 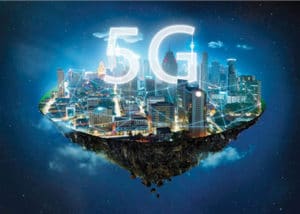 The roll-out of 5G network infrastructure has been fast across Europe and APAC, in particular. Though the pace has slowed down temporarily across the globe due to the pandemic, it is projected to improve soon.

Since the early commercial launch of 5G mobile services in April 2019, the pioneer operators in developed telecom markets have been progressively promoting the wide-scale deployment and adoption of 5G networks. As of mid-July 2020, 93 commercial 5G networks are live across the world, mainly distributed in Europe, East Asia and Oceania, the Middle East, and North America.

Under the guidance of the ‘5G Action Plan’, European states showed clear ambition in getting ahead in the global race to 5G commercialisation, with Elisa, Telia, Swisscom, Sunrise, Vodafone, TIM, and EE being in the first batch of operators rolling out 5G mobile services worldwide. By the end of 2020, all member states of the European Union are expected to have commercial 5G services, making Europe the home of nearly half the world’s live 5G connections.

The East Asia and Oceania regions are also leading the growth of 5G mobile connections. In May 2020, the number of 5G connections in China and Korea surpassed 30 million and 6.8 million, respectively. According to Counterpoint’s Market Outlook service, global 5G connections will dramatically increase to over 1.7 billion within five years since the initial roll-out, and China alone is projected to make up roughly 47 per cent of the total connections by the end of 2023.

Until then, 5G penetration (the percentage share of total mobile connections) in the US and Canada, as well as China will reach over 50 per cent. Europe will take on unbalanced development in each sub-market with 5G penetration reaching an average of 26 per cent. India, as the second-largest smartphone market, is still transitioning to LTE, although Reliance Jio, with nearly 400 million subscribers, is expected to lead the 5G transition in the nation and launch commercial services in 2021. In India though, 5G adoption is likely to be limited to higher income groups, leading to a relatively low proportion of 5G connections by 2023.

So, 5G will outpace 4G LTE in terms of network deployment and connection growth during each initial roll-out period. 5G is also benefiting from a stronger ecosystem. Telecom equipment vendors had been playing a critical role in accelerating 5G progress. Huawei and Ericsson were awarded the most commercial 5G contracts, while Nokia was a bit behind. But by adding open interfaces to its telecom equipment, Nokia is seeking leadership in the open RAN ecosystem. ZTE is still in fourth place, with contracts mainly from Asia Pacific, Europe, and the Middle East, while Samsung has already become a key 5G equipment partner for operators in South Korea and America.

Despite the slowdown of 5G network construction in markets hit severely by the COVID-19 pandemic, primarily due to the constraints on construction activity, equipment and material supply, as well as the postponing of 5G spectrum auctions and standardisation efforts, the development momentum of 5G is unlikely to be interrupted.

The pandemic has significantly impacted people’s lives. As they now spend more time at home, data traffic on operators’ networks has increased significantly during the lockdown. Besides, the recent move towards physical distancing encourages industry players to exploit new opportunities like virtual meetings. At this point, the pandemic is likely to accelerate the 5G growth through the forecast period.

The author is a research analyst at Counterpoint Research.