Home Exclusive Now I am dedicated to social work but I cannot part ways...
Advertisement

Life has been full of surprises and dramatic upheavals for Om Wadhwa. From being the son of a rich zamindar in Pakistan, he was reduced to being a refugee in India post-Partition. Yet, he trusted his instincts and made choices that most of us would not dare to. Meet this business management professor, who is today a well known name in the electronics hardware industry. Om Wadhwa, chairman and managing director, JV Electronics, has made the company one of the top exporters of electronic components to the US and Europe.

Once a successful entrepreneur, now a philanthropist, Om Wadhwa describes his journey in life as one of pure luck, “Whatever I have achieved in life is because I met the right people at the right time and did the right things at the right time.” Speaking to Nitasha Chawla of Electronics Bazaar, Om Wadhwa recounts the events that were instrumental in shaping his life.

I was born into a rich family in Pakistan

I was born in 1938, in Malakwal village in Pakistan. My father was a rich zamindar (landlord) who owned huge tracts of land. However, when Partition happened, my parents had to leave all their wealth and property in Pakistan and come to India as refugees with their four daughters and three sons. We had nothing except a piece of land in Balrampur, UP, which the government had given us.

I was the only one to get education

In those days, people from zamindar families were not interested in getting educated. My brothers helped my father in his business, but my father wanted me to get at least high school education.

I went to a school in Delhi and at the age of 16, I started working in a company called Mercury Travels, where I earned Rs 150 per month with which I supported my education.

In 1961, something unexpected happened and my life changed forever. At Mercury Travels, I met an American couple who offered to pay for my higher education in the US as they were on the lookout for young and deserving people from around the world whom they provided scholarships to.

My parents thought I was being stupid to trust strangers but my instincts told me to take the opportunity. I convinced my parents and asked my father to loan me Rs 6,000 as that was the amount needed to go to the US then. My father somehow arranged the money and I went to the US.

The beginning of my American dream

After a journey of 14 days, I landed in New York with only $5 in my pocket in 1961. The couple had arranged for my admission in the Northwestern University, Chicago, which is now one of the best schools in the world. I attended classes in the morning and at night I worked in a bank, which was one of the conditions that the couple sponsoring me had insisted on. However, impressed by my performance, the university gave me a scholarship after three months and I started earning $300 per month. In Chicago, I did my MBA, then my masters in Economics and later a masters in Law. Although life there was tough, I really liked the way my life was moving ahead and I wanted to stay on in America to get a PhD. I wrote to a lot of universities for scholarships and, finally, Michigan University offered me a job as a teacher of business management.

Om Wadhwa with his wife Uma

Life was full of surprises

Life surprised me once again after five years, and brought about another change. During my days at the travel agency, I had met an American tourist from New York. Ten years later, when I was in New York in 1971, I gave him a call. He invited me for lunch and offered me a job in his electronics company, Associated Commodity Corporation. Since my educational background was not relevant for this job, the president of the company was reluctant to employ me. Finally, they decided to train me for a year before confirming me in the job. They liked my performance and I got confirmed with a salary of $400. Then about a year and a half later, when this company opened an office in India, they offered me the chance to head it.

By that time, I was married to Uma, a woman of Indian origin but from Singapore. I met her at Michigan University. Uma had a masters in English, and was working in the US. She suggested that I go to India for a year, and if I liked it, she would join me later.

I returned to India and set up a factory in Bihar to extract mica—something that my company needed as it is an insulation material used in the electronics industry. From this small, humble beginning, within a short span of time, this venture became a great success. We started supplying mica as a raw material to many companies in the US, and I had to visit the US often.

In 1974, Associated Commodity Corporation worked out a partnership with Sangmo Electronics Inc, a subsidiary of Schlumberger, which wanted finished goods like mica capacitors from India. To meet this demand, we started a new company called JV Electronics in Faridabad, in which the American company’s share was 40 per cent and I owned 60 per cent. So, at the age of 36, I became the managing director of JV Electronics which went on to become a great success. We got the first President’s Award for Electronics Exports. At that time, nobody actually knew what electronics exports was all about. We became the first 100 per cent export oriented company, and then we went on to greater heights and expanded our business from the US to Europe, and then to Japan and other countries.

After five years, another surprise was awaiting me. During a holiday to Europe, I got a call from Sony, which offered me the chance to manufacture their products in India, for them.

At that time I had no idea about consumer electronics so I took some time and finally worked out a deal to set up a 100 per cent export oriented company for AIWA, a subsidiary of Sony.

Thereafter, I set up two factories in Gurgaon, manufacturing AIWA’s products. So along with the components business in JV Electronics, I ventured into the consumer electronics business as well, making audio systems.

However, in 1989, when the Russian federation collapsed, AIWA did not want to buy anything from India. So they cancelled the deal will me. Soon, Sony approached me again—this time, they had plans to start selling to India. I set up a factory with them to manufacture for the India market. I even looked after their marketing and production in India, and set up 65 service centres across the country. After five years, Sony wanted to enter India on its own and offered me a 10 per cent share in its company, which I declined.

It is true that when one door closes, another opens. After losing Sony in 1995, I got another big customer, Samsung. However, when the latter decided to expand in India, I was once again left on my own.

100 per cent owner of JV Electronics

After building a reputation in countries like the US and Europe, I thought it would be better to concentrate on JV alone and decided to expand it in a big way. By that time, the American company

had decided to sell its shares to me, an offer I accepted, becoming the 100 per cent owner of JV Electronics.

In the meantime, I added many more European and British customers. I also introduced new technology products like LED lamps and EMI filters into our product range, in addition to our mica capacitors business. For more than a decade, JV Electronics catered to global and Indian markets successfully.

However, I think I have achieved what I wanted to achieve in life, so have now wrapped up my business, and now, spend my time doing social work.

From business to social work

I have sold off my factory in Faridabad and now want to spend this money on social work. My trust called ‘Meteores’ works for two causes—the education of the girl child and healthcare for the poor. We have decided to concentrate on three areas that include the national capital region (NCR), Jharkhand and Kolkata.

I have an office in Kolkata where my representatives are looking after the work. In Jharkhand, we have identified a school that doesn’t have the means to run itself (with just a hall in which poor girls used to study). Now, we are providing them with uniforms, books and proper infrastructure.

I am also supporting a project in collaboration with an association called ‘Mobile Creche’, which picks up the children of labourers while they are in the field and takes care of them until their parents have completed their work. My trust is providing the financial assistance for this project.

It is an unmatched feeling for me to give back to society what I have earned. My wife and elder son, Pankaj, are also social workers. Although he is an MBA from Boston University, my son decided to quit his job to serve society. His wife, too, is a social worker. My younger son, Rahul, has his own business. I believe that one does not need a great deal of money to be happy. I don’t lead a very lavish life. We have enough to live comfortably and are satisfied with our lives.

I have not parted ways with electronics industry

For four years, I was its president and now I work as a mentor. Presently, we are working on two new projects that include the Electronics Sector Skill Council, through which ELCINA will develop, deliver or support skills development programmes for the electronics industry. The other project is to establish electronics manufacturing clusters in Bengaluru and Rajasthan—the foundation has been laid for both the clusters, and I am sure that ELCINA will do a good job in setting them up.

In this world: The nature of human beings who are full of anger and rage, these days

In society: People have become so self-centred that they don’t treat others with compassion and love. I wish that they will become more community conscious some day

In myself: I have recently brought a change in my life by closing down my business to focus on social work. Now, I am trying to adapt this new environment which is very different from the one I have been used to for the past many years

These are a few of my favourite things

Film: Among the recent ones, The Dirty Picture and English Vinglish

Book: The Difficulty of Being Good by Gurcharan Das

One person you would like to emulate: Ratan Tata, with whom I was on the board of directors of MELCO 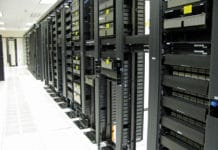 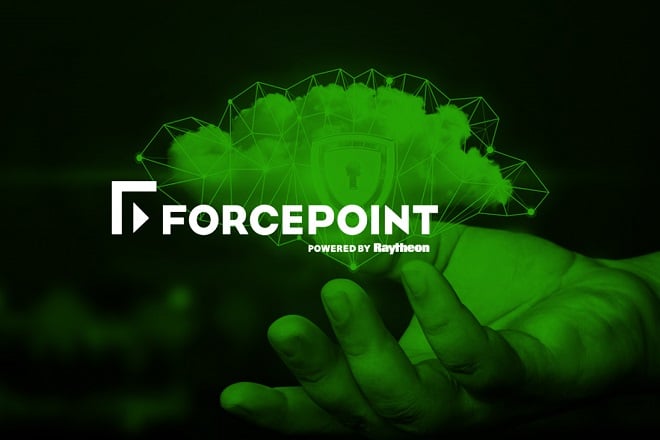 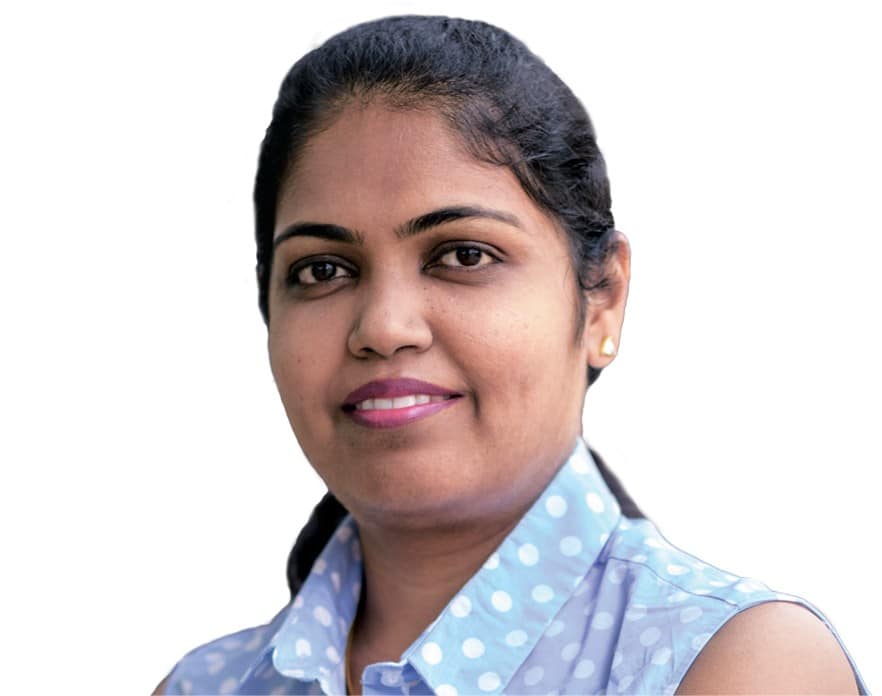 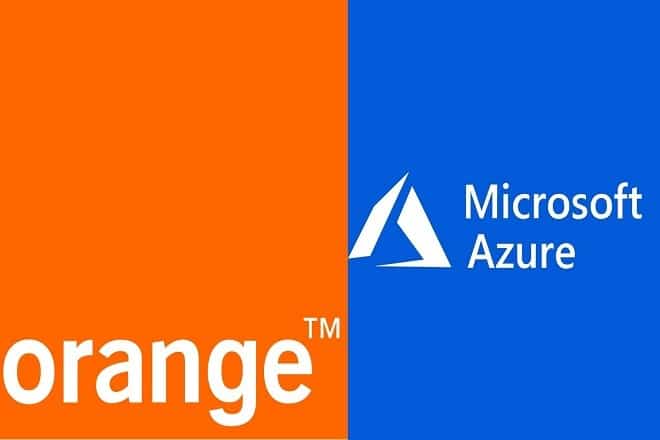 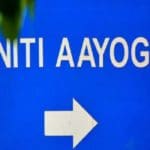 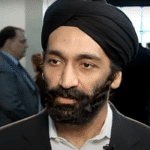 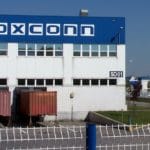