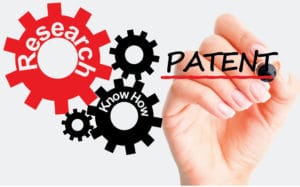 Acquiring a patent is now of utmost importance when developing any innovative product or solution, as the risks of a copy-cat product being launched are high. Besides, a patent enhances and protects the value of your product or service, particularly in the tech domain.

It’s important to be aware that once an idea or product is out in the public domain without a patent, it is not difficult for someone to steal the concept and claim it as their own. Patent filing should be given priority at an early stage of product development, or there is a high chance of losing the rights associated with being the original creator behind an idea or product. Filing a patent acts as a potential deterrent for someone else coming up with a similar product in the market. In fact, a patent is an effective mechanism to keep competitors at bay. Unlike in the past, Indian tech startups are getting serious about the importance of filing patents, as India is gearing up to become an innovation hub through more investments in research and collaborations. Besides, the Centre is doing its bit by launching various initiatives to nurture the startup ecosystem in India.

Protected products reap more benefits
Startups should consider patent filing as part of their product strategy, and most importantly, start the process at the initial stage of commercialising a product. Patents provide a slew of benefits in the long run that justify the costs and time involved. The most practical thing to do is to file for a patent early, as it protects the product legally, and also gives the patent-holder the right to prevent others from copying the product idea and design. No company can then claim the patent-holder’s innovation as its own, and without the holder’s consent, no one can manufacture and sell it. If an entity imports or exports a patented invention without the owner’s permission, the latter has the right to take action against such an infringement. A patent gives patent owners the sole right to use the invention as per their business plan until the patent period is over.

The big advantage of getting a patent is that the patent holder can license it to others to use or even sell it. It becomes a significant source of revenue, and also helps to recover the amount spent on R&D and filing for the patent. There are businesses that have been established solely to collect the royalties from a patent they have licensed – in combination with a registered design and trade mark. Above all, a patent raises the value and potential of a product, which bolsters the confidence of the investors and helps to attract them. Venture capitalists are keener on collaborating or investing in startups that have already secured a patent.

Somashekar Ramakrishna, senior partner, BananaIP, points out some of the advantages of filing for a patent:

Risks of not patenting your invention
Due to the complexities involved in the patent application process, and the need to pay a fee to maintain the patent, many startups tend to ignore the significance of patents. This can cause a huge problem as the market has become very competitive. Successful products without patents become an easy prey for competitors, who can use an invention without seeking a licence to use or sell it.

Big companies may take advantage of a small player without a patent for its product, by manufacturing a similar product and selling it at a more favourable price. This is a harmful practice that can ruin the market value or share of your product. Even small scale enterprises can sell the product at a much lower price, as they are not under the same pressure as the inventor to recover the money invested in R&D. Without a patent, taking action against infringers will be impossible, since there will be no concrete proof in hand to support the claim that a particular product is your own invention.

The government’s efforts to boost startups
The launch of the Startup India initiative on January 16, 2016, was a good move by the Centre. The aim was to build a strong ecosystem for supporting innovation in the country, scale up economic growth and create large scale employment opportunities. Besides, the government has amended the definition of a startup, to make it easier to access a fast-track mechanism for filing patents. Startups become eligible for benefits such as 80 per cent rebate on patent fees, under the latest patent framework. Any company in India recognised as a startup by the competent authority under the Startup India initiative will be eligible for this benefit. The Department of Industrial Policy and Promotion (DIPP) will bear the facilitation costs on behalf of startups and provide rebates on the statutory fees for filing applications. Such steps have eased the process and helped to change the patent landscape for startups.

The National Intellectual Property Rights (IPR) Policy introduced by the government in 2016 has also increased awareness about the advantages of filing for a patent. The policy helps in simplifying the process of patent application, and is aimed at reducing the average time taken to examine IPR applications from over five years to 18 months. There is even a facility of expediting the examination on a case-by-case basis, which has led to far more activity within the patent ecosystem. Besides, schemes like Startups Intellectual Property Protection (SIPP) have had a strong impact on many startups. Initially, the scheme was valid till March 31, 2017, but was later extended by three years, till March 2020. The main purpose of the scheme was to ensure that innovative products and designs of startups are protected by patents and trademarks. Startups covered under the scheme will not be required to obtain certificates (confirming they are an eligible business) from the Inter-Ministerial Board of Certification. However, they will need to furnish a self-declaration form that they have not availed funds under any other government scheme for the purpose of paying the facilitator and patent agent/trademark agent for filing and processing their IP application.

According to a media report, as many as 120 startups have been granted patents under the expedited examination process since 2016, when the facility was introduced. The government is taking several other steps to strengthen the startup ecosystem in the country, and is also planning to assign more manpower to reduce the time taken to examine IPR (intellectual property rights) applications. All these initiatives indicate that the procedures for filing for patents in India have improved considerably, of late.