As the demand for IoT enabled electronic devices increases across the globe, so does the requirement for top-notch chipsets. Hence, across the world, the electronics industry has witnessed tremendous growth of semiconductor companies over the past couple of years. In India though, in spite of the huge growth in demand for industrial and consumer electronics in the past decade, and Chinese and other foreign companies shifting production here, semiconductor manufacturing hasn’t kept pace with global trends. India still depends on basic raw materials from China and other nations. This makes the local manufacturing of chipsets even more costly. There are a few large global companies though, that plan to make these in India in the near future.

Of late, Chinese and various foreign fabless processing and manufacturing companies have entered the Indian semiconductor market. According to a recent report from the ET, there have been several attempts to build up India’s semiconductor manufacturing ecosystem, including talks with leading chip manufacturers AMD and TSMC to set up a fab in the country.

We therefore present readers with some of the leading global semiconductor fabless and manufacturing companies that have entered the Indian market, with promises to boost business and employment here by setting up new factories and R&D centres.

Overall, the South Korean group, Samsung Electronics, recorded a global revenue of US$ 221.6 billion in FY 2018. Within the semiconductor business segment, Samsung earned huge profits from its foundries division. In 2006, it began investing in this segment, which ultimately turned out to be one of the important drivers of the company’s growth. In the fourth quarter of 2018, Samsung Semiconductor’s global business posted US$ 15.88 billion in consolidated revenue and US$ 6.58 billion in operating profit. In the third quarter of 2019, the company’s global semiconductor business posted a consolidated revenue of US$ 12.26 billion and operating profit of US$ 3.5 billion. Samsung has also hinted that it plans to kickstart chipset manufacturing in its largest manufacturing plant in Noida, which would boost its revenue in India and generate employment.

Intel
Based on revenue, Intel is the world’s second largest chipset manufacturing firm, as it was recently overtaken by Samsung Electronics. It recorded a global net revenue of US$ 70.8 billion in 2018. The revenue recorded in the fourth quarter of 2018 was US$ 18.7 billion, up
9 per cent year-over-year (YoY). In the same FY, it achieved revenue growth in nearly every business segment. Its third-quarter revenue for 2019 was US$ 19.2 billion, which set an all-time quarterly record, driven by unprecedented data-centric revenue. PC-centric revenue was in line with expectations, down 5 per cent compared to last year.

Intel is said to have invested around US$ 5 billion in India. Its design centres in India are amongst the largest in the world. It is also supporting a new PC manufacturing firm in Kerala, called Coconics. Intel India saw profits grow by 4.6 per cent to ₹ 3.79 billion, and revenue by 23 per cent to ₹ 41.49 billion in FY 2018, according to the company’s filings with the Registrar of Companies (RoC). The company has seen increased competition from peers such as AMD, in India and other markets, say analysts. Last year, Intel started its new R&D centre in Bengaluru with an investment of US$ 150 million. This centre is backed by lab infrastructure covering an area of 9290sqm (100,000sqft). It also has another R&D centre in Hyderabad. The company expects to make more investments in India, which will also generate employment in the coming five years.

Taiwan Semiconductor
Headquartered in Taiwan, it is one of the globe’s biggest semiconductor foundries, and was founded in 1987. In 2018, the company’s consolidated revenue reached US$ 33.81 billion, an increase of 5.5 per cent over US$ 32.04 billion in 2017. Net income was US$ 11.51 billion and diluted earnings per share were US$ 0.44. Both increased 2.3 per cent from the 2017 level of US$ 11.25 billion net income and US$ 0.43 diluted earnings per share (EPS). The company’s total wafer shipments increased 2.9 per cent from 2017 to reach 10.8 million 30.5cm equivalent wafers, in 2018. In India, it has only one office in Bengaluru, though there are no reports of the company making any R&D or manufacturing commitments in India.

Toshiba Semiconductor
Founded in 1939, this Japan based global conglomerate has diversified products and services apart from its semiconductor business. In the 2018 fiscal year, Toshiba’s net sales amounted to around US$ 33.3 billion. For the FY 2019, it recorded an overall revenue of US$ 34 billion, and net income of US$ 9.3 billion. Recently, there has been no report of Toshiba investing in the Indian economy either through R&D or manufacturing. But ten years back, it acquired a Bengaluru based startup, Socrates Software, ramping up its India headcount from 200 to 800.

Qualcomm
Qualcomm is a major fabless semiconductor company that designs and markets chipsets, particularly for telecommunication devices. Qualcomm’s processors are especially marketed for mid-range and high-end smartphones all over the world. This US based multinational company recorded a global net revenue of US$ 22.61 billion in FY 2018, a 1.59 per cent increase from 2017 according to research firm Macrotrends, while its operating income for the same FY was US$ 742 million. The revenue recorded for the quarter ended September 30, 2019, was US$ 4.81 billion, a 16.7 per cent decline, year-over-year, but the revenue for the entire 12 months that ended on September 2019 was US$ 24.27 billion, a 7.35 per cent increase year-over-year, stated Macrotrends.

In India, Qualcomm’s revenue jumped 23 per cent in FY18 driven by a surge in demand for phones, with the telecom industry transitioning rapidly to 4G data technology after the entry of Reliance Jio, according to a report by electronicsB2B.com. Qualcomm has been working closely with carriers in India, helping bring features such as voice calls over a 4G LTE network and voice over Wi-Fi for Indian consumers. The chipmaker said most companies were looking to launch major global technologies concurrently in India, making the country a major market for such rollouts.

Broadcom
This US based global manufacturer and designer of semiconductor and infrastructure software products recorded annual revenues in 2018 of US$ 20.85 billion, an 18.21 per cent increase from 2017, while revenue for the 12 months ended July 31, 2019 was US$ 22.27 billion, a 9.96 per cent increase year-over-year. Broadcom’s product portfolio serves the data centre, networking, software, broadband, wireless, storage and industrial markets. The company is actively involved in the Indian market, both in terms of investments and R&D. A couple of years back, an exclusive report in the ET stated that the company is working extensively on the Indian IoT and wearables market. It offers solutions for India and other emerging countries from its Bengaluru R&D centre. The ET added that Broadcom, which has a global headcount of approximately 11,000 people, has about 1,500 people at its India R&D centre. It plans to employ more in the coming years and open other R&D centres in India too.

MediaTek
This Taiwan based fabless multinational company specialises in designing semiconductor equipment for wireless communications, high-definition television, handheld mobile devices like smartphones and tablet computers, navigation systems and other products. In FY 2018, the company posted a global revenue of US$ 7.9 billion coupled with a production output of 1.5 billion devices per year. Earlier, in Q3 2017, it had recorded a high market share of 14 per cent in global smartphone sales. The company executives state that MediaTek differentiates itself with its ‘industry-first’ strategy. The MT8135 System-on-Chip (SoC) for tablets announced in July 2013 was the industry’s first chip to implement the new Advanced RISC Machines (ARM), big.LITTLE technology for heterogeneous multi-processing, while its first ‘five-in-one’ wireless chip was announced in early 2014. 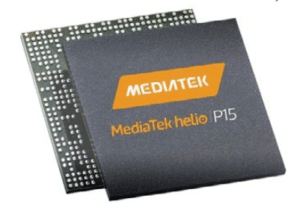 The company has expanded its market in India on a really large scale and has also generated employment opportunities, while investing in R&D locally. Sometime ago, it announced that it had hired 800 people for its research team. Currently, MediaTek controls about 40 to 50 per cent of China’s 4G handset chip market. In July 2019, it raised its projection for worldwide 5G smartphone shipments to140 million units in 2020, and said that 100 million units would come from China.

In September 2019, MediaTek announced that it is all set to release its gaming-focused ‘Helio G90’ chipset series in India, in association with Xiaomi. Apart from that, the company is said to have been working on unveiling new smartphone chipsets, which will be designed exclusively in India, and are expected to come into the market by 2022.

AMD
Advanced Micro Devices (AMD) is a US based multinational fabless semiconductor company with a huge presence in India; it has offices in Mumbai, Hyderabad, Gurugram and Bengaluru. The company is planning to set up more branches and R&D centres in the country to drive growth and employment. In the beginning, AMD manufactured its own processors, but the company later outsourced its manufacturing (becoming a fabless semiconductor firm) after GlobalFoundries was spun off in 2009. AMD’s main products include microprocessors, motherboard chipsets, embedded processors; and graphics processors for servers, workstations, personal computers and embedded system applications. In FY 2018, the company posted a global net revenue of US$ 6.48 billion, an operating income of US$ 451 million, and net income of US$ 337 million. AMD has proclaimed that its global Q3 revenues for FY 2019 were US$ 1.80 billion, operating income was US$ 186 million, net income was US$ 120 million and diluted earnings per share were US$ 0.11. 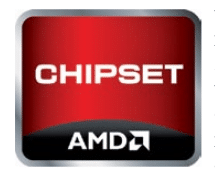 In the first quarter of 2019, Ruth Cotter, senior VP of worldwide marketing, human resources and investor relations, AMD, in an interaction with ET stated that the company is aiming to expand and strengthen its Indian team, whose main work is to build up its artificial intelligence and wireless technology divisions. Apart from that, AMD is also aiming to augment the number of its women engineers in India.

UNISOC
Headquartered in Shanghai, this fabless semiconductor company also works on the R&D of core chipsets in mobile communications and IoT. Its products cover mobile chipset platforms supporting 2G/3G/4G/5G communication standards and various chipset solutions in the field of IoT, RFFE, wireless connectivity, security, TVs, etc. Initially, the company designed processors only for GSM handsets, but now most of its inventions and research are focused on the Chinese TD-SCDMA 3G standard. Currently, it has about 4,500 employees,
14 R&D centres and four customer support centres across the world. In 2018, it had an annual revenue of US$ 440.84 million. In 2019, UNISOC has been aiming for a 20 per cent share in the Indian market, relying on its SC9863 AI octa-core processors, as well as IoT and TV controller SoCs for its financial growth. In 2018, UNISOC claimed that it had achieved around 40 per cent share in the overall handset market, fuelled by feature phone growth, states ET.